The government's attempt to clamp down on religious expression has backfired among Uighurs, while China arrested more than 400 people in Xinjiang since authorities began a crackdown in May. 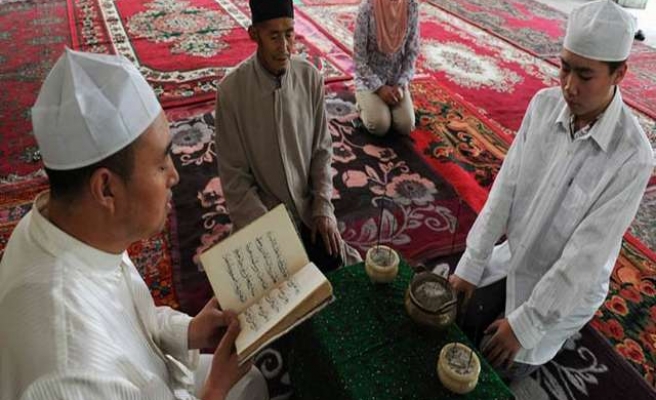 Chinese authorities have imposed restrictions on Uighur Muslims during the month of Ramadan, banning government employees and school children from fasting, in what rights groups say has become an annual attempt at systematically erasing the region's Islamic identity.

Chinese authorities have justified the ban on fasting by saying it is meant to protect the health of students, and restrictions on religious practices by government officials are meant to ensure the state does not support any particular faith.

Yet in Kashgar, in Xinjiang province (East Turkestan), China's westernmost city, close to the border with Tajikstan and Kyrgyztan, Uighur Muslims say the restrictions have backfired. According to the Al Jazeera report, not only have locals become more observant of Islamic practices, but many have found ways to flaunt Chinese laws restricting everything from who may attend the mosque, to which copies of the Quran are read.

Home to some of China's largest deposits of oil, natural gas, and coal, Xinjiang has a majority Muslim Uighur population - a Turkic ethnic group with a language and culture closer to Central Asia. Before the region was absorbed into the People's Republic of China in 1949, almost everyone here was Uighur, but the numbers have have since declined, dropping to below half by the year 2000, as tens of millions of Han Chinese - the majority population of mainland China - were encouraged to settle here by the government.

That demographic shift, which accelerated in the 1990s as Beijing began to develop Xinjiang, combined with Chinese laws restricting Islamic practices by Uighurs and the 1997 execution of 30 Uighur separatists by Chinese authorities, triggered a wave of violence by militants that has left hundreds of people dead, mostly civilians.

Meanwhile,  China has taken down more than 40 groups it calls "violent terror gangs" and arrested more than 400 people in Xinjiang since authorities began a crackdown in May, state media said on Monday.

The figures are the latest tally of China's efforts to rein in groups it says are responsible for a series of bloody attacks.

"Among those cases, public security bureaus received clues from the public in 10 cases, leading to arrests of more than 100 people, the confiscation of a batch of explosive devices, raw materials and tools," the Legal Daily, run by the ruling Communist Party, said.

On May 23, authorities launched a one-year campaign, which followed a suicide bombing that month that killed 39 people at a market in Xinjiang's capital, Urumqi.

In March, 29 people were stabbed to death at a train station in the southwestern city of Kunming.