There are currently 10 Muslim soldiers who serve in the army near Ukrainian city of Slaviansk. 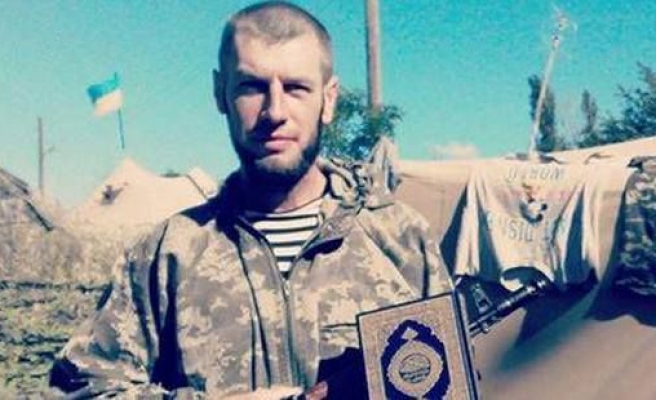 Ukrainian Muslim soldiers of the National Guard of Ukraine, a reserve component of the Armed Forces of Ukraine, have appealed to the Religious Administration of Muslims of Ukraine to provide them with the Qur'ans and halal food in the holy month of Ramadan.

According to a Facebook post by the Religious Administration of Muslims of Ukraine, there are currently 10 Muslim soldiers who serve in the army near Ukrainian city of Slaviansk, which has been the scene of a pro-Russian retreat after Ukrainian forces regained key positions in the eastern city.

Muslims of the Islamic Cultural Center in the Ukrainian capital Kiev along with other volunteers have gathered the Qur'ans and food stuff and sent them to the front line, the Qirim News Agency reported.

“Muslims of Ukraine thank all those who are not indifferent and help the Ukrainian Army. Love for neighbor and mutual assistance strengthens the free Ukrainian nation and people of different religions who love Ukraine” reads the post of from the administration.

As of 2012 an estimated 500,000 Muslims lived in Ukraine and about 300,000 of them were Crimean Tatars, with the rest comprising of Volga Tatars, Azeris, Uzbeks, Turks, Arabs and Kazakhs.

Muslims in Ukraine have 445 communities, 433 ministers, and 160 mosques, with many more mosques being built.