"Our planet as a whole is becoming a warmer place," said Kathryn Sullivan, acting administrator of the U.S. National Oceanic and Atmospheric Administration. 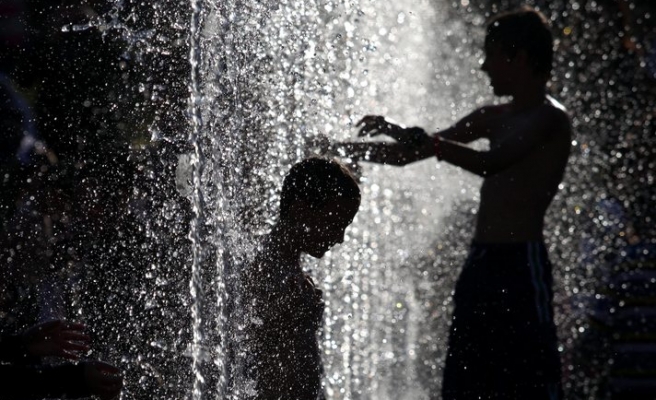 Last year was one of the 10 hottest on record, with sea levels at record highs, Arctic ice at historic lows and extreme weather in various corners of the globe signaling a "new normal," scientists said Tuesday in the 2012 State of the Climate report.

Meant to be a guide for policymakers, the report did not attribute the changes in climate to any one factor, but made note of continued increases in heat-trapping greenhouse gases including carbon dioxide, methane and nitrous oxide.

"Our planet as a whole is becoming a warmer place," said Kathryn Sullivan, acting administrator of the U.S. National Oceanic and Atmospheric Administration. The report was edited by NOAA scientists and drew contributions from 384 scientists from 52 countries.

The report's data indicate "new normal" conditions that can inform planning decisions, instead of relying on models that "count on the future being statistically a lot like the past," Sullivan said at a news briefing.

Global surface temperatures - land and water - were the eighth or ninth warmest, depending on which data set was used, since recordkeeping began in the late 1800s, the report found.

The recent decrease in temperatures has been noted by climate change skeptics who question the impact of human activities, such as the burning of fossil fuels that emit carbon dioxide, on climate.

However, other changes detailed in the report paint a more complex picture:

- Sea levels reached a record high, after a sharp decrease in 2011 possibly linked to the Pacific Ocean phenomenon La Nina, which can have a cooling effect;

- More than 97 percent of the ice sheet covering Greenland melted at least a bit in the summer of 2012, four times greater than the 1981-2010 average;

- Average sea surface temperatures rose, but not much, making 2012 among the 11th warmest years on record;

- Ocean heat was near record high levels in the upper half-mile (.8 km) of the water, and temperatures also increased in the deep ocean.

The State of the Climate report is being published as a supplement to the August Bulletin of the American Meteorological Society and is available online at http://www.ncdc.noaa.gov/bams-state-of-the-climate/2012.php.