Baby monster star is about 11,000 light-years from Earth. 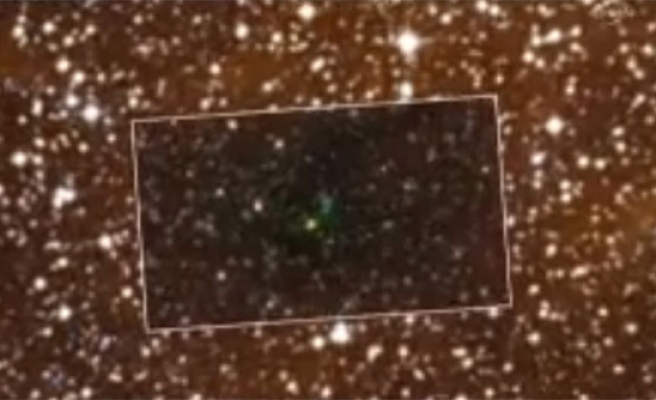 A giant radio telescope in Chile has captured splendid photos of a developing monster star. Baby monster star is about 11,000 light-years from Earth. According the scientist star is still developing.

The giant baby monster star is inside a vast cloud of interstellar dust that has 500 times the mass of the sun. It was discovered by astronomers using the huge Atacama Large Millimeter/submillimeter array telescope, or ALMA in Atacam Desert in Chile.

Scientists said that "The cloud is expected to give birth to a very big and brilliant star which will be 100 times the mass of the sun.