"My head is really wet and I have a feeling it's increasing," Parmitano radioed to flight controllers in Houston. 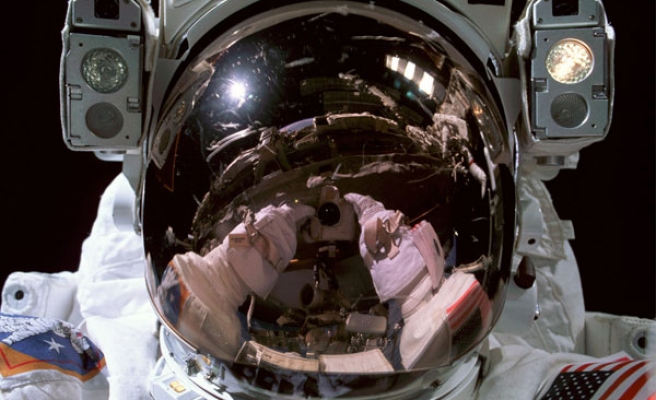 A spacewalk to work on the International Space Station ended abruptly on Tuesday when a water-like liquid started building up inside an Italian astronaut's helmet, NASA officials said.

U.S. astronaut Chris Cassidy and Italy's Luca Parmitano were less than an hour into a planned six-hour outing when Parmitano reported what seemed to be water inside his helmet.

"My head is really wet and I have a feeling it's increasing," Parmitano radioed to flight controllers in Houston.

Thinking it might be his drink bag leaking, Parmitano drained the bag, but in the weightless environment of space, blobs of liquid continued to collect in his helmet.

With the astronaut at risk of choking or drowning, NASA called off the spacewalk just before 9 a.m. EDT (1300 GMT).

"It was clear that he was having trouble," flight director David Korth later told reporters on a conference call.

Preliminary analysis indicates the leak did not stem from the drink bag, leading engineers to focus on the astronaut's liquid-cooled undergarment as the source.

Engineers estimate about 1- to 1.5 liters of water had collected inside Parmitano's spacesuit by the time station crew members were able to get to him and take off his helmet.

"In zero gravity, the water pools in a big glob so it doesn't necessarily go down into the suit and there's not a lot of absorptive material in the helmet," said lead spacewalk officer Karina Eversley.

When asked by a reporter if Parmitano could have drowned, Eversley said, "He certainly had that risk today and that's why we took it so seriously."

Parmitano, who last week became the first Italian to make a spacewalk, does not seem to be suffering from any ill-effects from the incident, he added.

Analysis is continuing to determine the source of the leak and assess whether the problem is peculiar to the spacesuit Parmitano wore or is part of a wider issue with the suits.

The spacewalk began around 8 a.m. EDT (1200 GMT) with Cassidy and Parmitano ready to tackle maintenance chores left over from a previous spacewalk on July 9.

Parmitano was setting up an internet cable between the station's Unity connecting node and the Russian Zarya module when noticed the liquid collecting inside his helmet.

NASA said there was nothing time-critical on the spacewalkers' to-do list, which included work to prepare the station for a Russian research laboratory slated to arrive later this year.

The spacewalk was Cassidy's sixth and the second for Parmitano.