Satellite data compiled by Brazil's space agency showed 465 sq km (180 sq mi) of deforestation during the month of May, nearly a five-fold increase compared with destruction detected in May 2012. 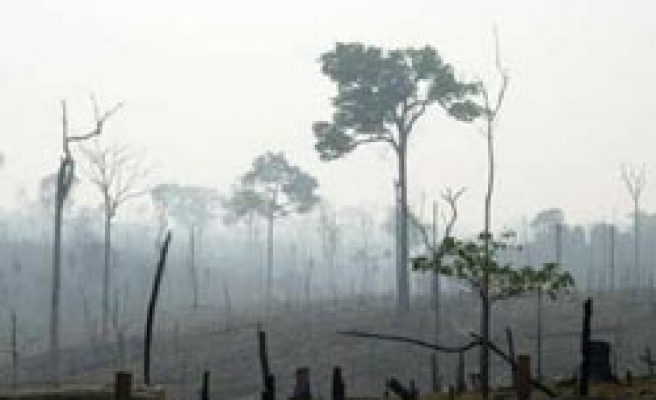 Brazilian government figures released on Friday indicated further rise in deforestation in the Amazon, a trend that could soon amount to a full year's reversal from recent progress in the battle against destruction of the world's largest rainforest.

Satellite data compiled by Brazil's space agency showed 465 sq km (180 sq mi) of deforestation during the month of May, nearly a five-fold increase compared with destruction detected in May 2012.

Since August, the month when Brazil's annual measurement of cleared rainforest starts, a total of 2,338 square kilometers (903 sq mi) have been detected - a 35 percent increase from figures compiled a year ago. The area, roughly three times the size of New York City, is already more than the total of 2,051 square kilometers (792 sq mi) detected by the same system for the 12 months of measurement ended in July 2012.

The figures are small compared to the worst days of Amazon deforestation, when loggers, farmers and developers in recent decades fueled rapid destruction that caught the world's attention and helped spawn the global environmental movement.

More complete figures and on-the-ground research will be needed to confirm the full extent and type of the clearing. Some of it, for instance, will be the result of wild fires and other natural degradation.

Still, the data so far uphold fears by scientists and environmentalists that hard-won gains against deforestation in Brazil are undergoing a reversal. Government infrastructure projects, changes to long-standing environmental policy and a run-up in prices for soybeans and other Brazilian farm exports, which encourage ranchers to clear woodland, are factors believed to be driving the increases.

The data is compiled August through July because cloud cover during the Amazon rainy season makes accurate imagery difficult. May is generally the first month in which the clouds disperse before rains recommence toward the end of the calendar year.