Excessive rain affects the northern China, while many regions in the south face over 40 °C temperatures 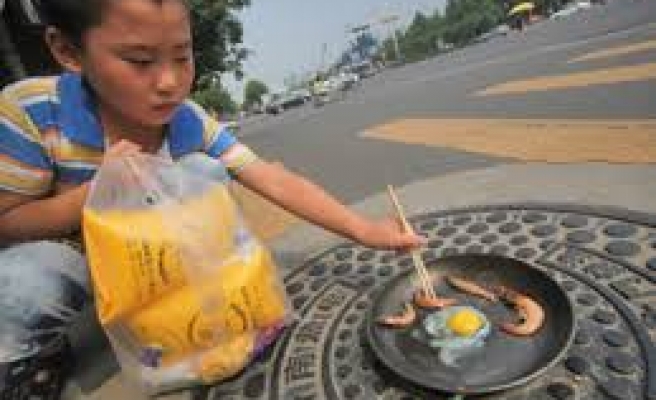 Excessive rain affects the northern China, while many regions in the south have over 40 °C air temperatures.

Central Meteorology Station of China announced that the air temperatures were about 37 °C in Ching chong and Sichuan provinces of interior China, while the temperature reached 42 °C in southern Cıciang, Jiangsu, Hunan and Chiang provinces.

Thermometers displayed 44,1 °C in Coaching province of Cıciang, as the temperature in Ningbo city reached 43,5 °C.

The Chinese officials warned people, in particular the old, not to go outside on daytime.

On the other hand, excessive rain affects the life in the capital Beijing, Tianjin, Hıbey, Sansi and Shandong provinces. Flooding in these regions also affects the transportation and many buildings are reported to be heavily damaged.

An officer at Beijing Airport killed on Sunday due to a lightning strike while cleaning on the field.

In recent two days, 180 domestic and international flights were canceled in the capital Beijing, said officials.