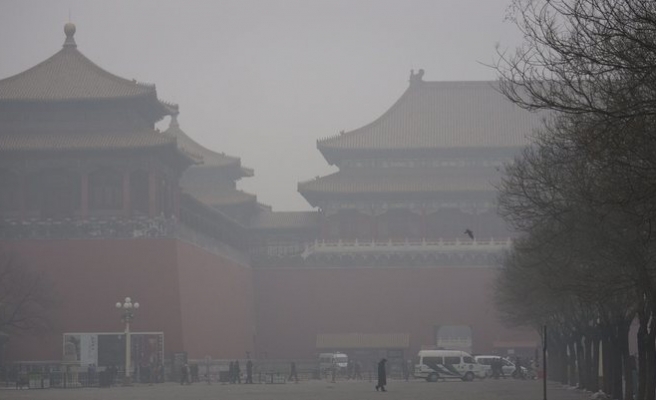 World Bulletin / News Desk
Chinese Environment Minister Zhou Shengxian said Wednesday poor air quality was experienced in two thirds of the first half of 2013 in Beijing and the surrounding areas.

On the contrary to Chinese officials, independent foreign institutions in China claim the average reading to be 180 micrograms per cubic meter in Beijing and the surrounding areas.

Coal-burning, automobile emissions, construction projects and industry are listed as the main causes of air pollution.

Environment Minister Zhou earlier said that the government was making an action plan to improve air quality during the 2013-2017 period. The plan aims to reduce air pollution by 25 percent at a cost of nearly $277 billion.

Over 20 million people with asthma live in China, the state that embodies the most polluted 16 cities of the world.