The U.N.'s Intergovernmental Panel on Climate Change will issue a report on Friday in Stockholm about mounting risks of global warming, from heatwaves to rising sea levels. 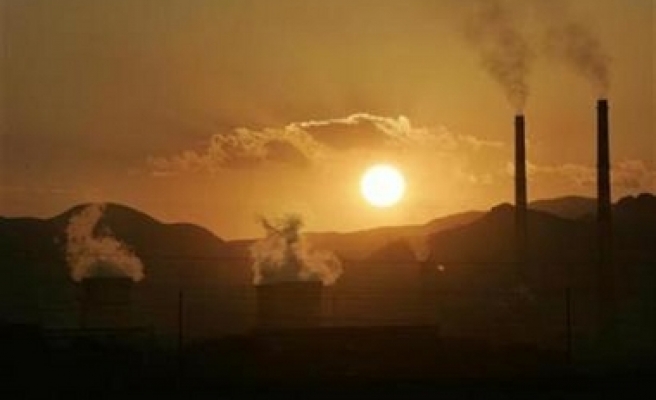 Compared to the heady days in 2007 when U.S. climate campaigner Al Gore and the U.N.'s panel of climate scientists shared the Nobel Peace Prize, the risks of global warming may be greater but the stars preaching the message have faded.

The U.N.'s Intergovernmental Panel on Climate Change (IPCC), which won the 2007 Nobel Peace Prize with ex-Vice President Gore, will issue a report on Friday in Stockholm about mounting risks of global warming, from heatwaves to rising sea levels.

"We need new voices," said Jennifer Morgan, of the World Resources Institute think-tank in Washington. "Hopefully the IPCC will inspire leadership, from the Mom to the business leader, to the mayor to the head of state."

It is a sign of the times that some of the world's most powerful figures such German Chancellor Angela Merkel - a former environment minister - U.S. President Barack Obama or Chinese Premier Li Keqiangappear to have put the issue on the backburner to focus on domestic economic issues.

Even former Maldives President Mohamed Nasheed, who made global headlines in 2009 with the world's first underwater cabinet meeting to highlight the threat of rising sea levels to his small islands, was forced from power in domestic turmoil. He is now seeking a comeback.

China and the United States are the top emitters of greenhouse gases seen by climate scientists as contributing to global warming.

Times have changed since, as environment minister, Merkel said in 1995 something that might well say today: "the existing commitments will not solve the climate change problem."

Drafts show that the IPCC will on Friday raise the probability that global warming is manmade to at least 95 percent from 90 in its previous report in 2007.

Much of the 'glamour' has gone since Rajendra Pachauri, the Indian chair of the IPCC, and Gore proudly showed off the Nobel gold medals in 2007, a time when firm global action on reducing emissions of greenhouse gases seemed feasible.

The problem proved intractable in the financial crisis. A U.N. summit in Copenhagen in 2009 failed to work out a deal, and many voters may simply have tired of hearing of global warming. Governments have now agreed to work out a U.N. accord in 2015.

"The IPCC has become more cautious ... it's a pity," said Yvo de Boer, former head of the U.N. Climate Change Secretariat who now works at auditors KPMG and was among those most outspoken about the need for action during his 2006-2010 term.

"You might ignore it (climate change) but it's not going to ignore you," he said. He said U.S. Secretary of State John Kerry could be the strongest up and coming leader on the issue.

Both Gore, the IPCC and Pachauri, now 73, won a series of international awards for their work in 2007. Gore's movie, "An Inconvenient Truth", won an Oscar and standing applause at U.N. negotiating sessions when it was shown.

But Gore has also been worn down by criticisms, especially by U.S. Republicans who say his climate campaigns are alarmist and question the science behind them.

IPCC leaders including Pachauri have been less outspoken in recent months than before the 2007 report by the IPCC when he said, for instance, that he hoped it would "shock" the world into action.

A 2010 review by scientists in the InterAcademy Council (IAC), partly spurred by an error in the IPCC report that exaggerated a thaw in the Himalayas, said that IPCC leaders should stick to science and not recommend policies.

"Straying into advocacy can only hurt IPCC's credibility," it said. The IAC found no reason to question the IPCC's main conclusions despite the Himalayan mistake.

It is unclear who will succeed Pachauri when he retires in 2015. Jan Pascal van Ypersele, a Belgian physicist, is sometimes tipped.

Leadership is an elusive quality on climate change.

"In the run up to Copenhagen I was struck by the number of people talking about a lack of leaders who were meant to be leaders," de Boer said.