Orbital Sciences' new unmanned Antares rocket blasted off on Sept. 18 from a new launch pad on the Virginia coast to put Cygnus into orbit. 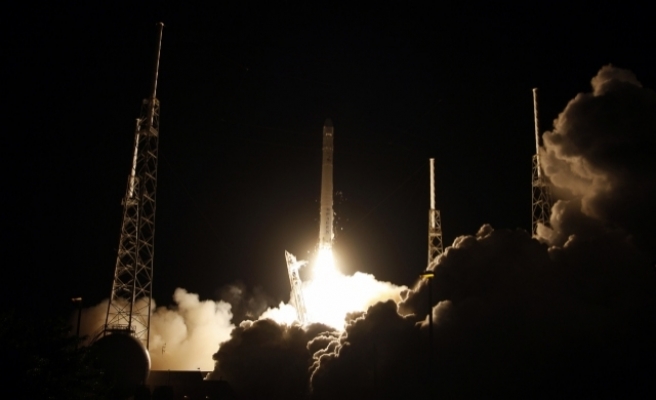 An unmanned U.S. commercial cargo ship flew itself to the International Space Station on Sunday, completing the primary goal of its debut test flight before supply runs begin in December.

After a series of successful steering maneuvers, the Orbital Sciences Cygnus freighter parked about 39 feet (12 meters) from the station at 6:50 a.m. EDT/1050 GMT as the ships sailed 260 miles (420 km) above the Southern Ocean south ofAfrica.

Ten minutes later, Italian astronaut Luca Parmitano and NASA's Karen Nyberg used the station's robotic arm to pluck the capsule from orbit and prepared to attach it to a berthing slip.

Cygnus' arrival had been delayed a week - first by a software glitch and then by the higher priority docking of a Russian Soyuz capsule ferrying three new crewmembers to the $100 billion outpost, a project of 15 nations.

Orbital Sciences' new unmanned Antares rocket blasted off on Sept. 18 from a new launch pad on the Virginia coast to put Cygnus into orbit.

NASA contributed $288 million toward Antares' and Cygnus' development and awarded Orbital Sciences a $1.9 billion contract for eight station resupply missions, the first of which is targeted for December.

The U.S. space agency also provided $396 million to privately owned Space Exploration Technologies to help develop the Falcon 9 rocket and Dragon cargo ship. The firm, known as SpaceX, holds a $1.5 billion NASA contract for 12 cargo runs to the station, two of which already have been completed.

On Sunday, SpaceX was poised to test an upgraded version of its Falcon 9 rocket. Launch from a new complex at Vandenberg Air Force Base, located just north of Lompoc on the central California coast.