Cutting soot, methane may not give hoped-for climate help

"Reductions of methane and black carbon (soot) would likely have only a modest impact on near-term global climate warming," the authors at the U.S. Department of Energy's Pacific Northwest National Laboratory wrote. 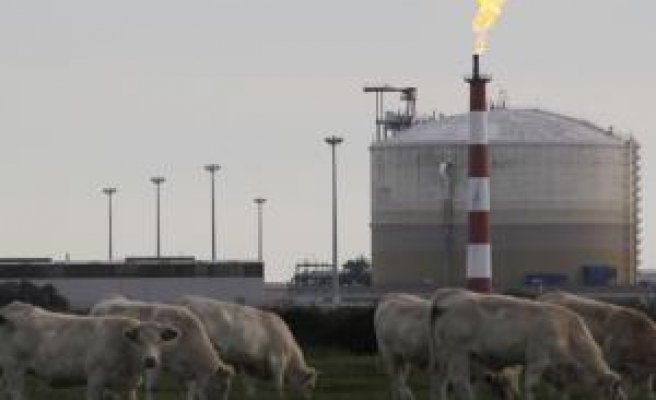 A U.S.-led drive to reduce soot and other heat-trapping air pollutants worldwide is less promising than hoped as a new front in the fight against climate change, according to a study published on Monday.

Frustrated by failure to agree a broad international deal to limit global warming, about 30 nations have joined the U.S. initiative to limit short-lived air pollutants as a new way to curb temperature rises, protecthealth and aid crop growth.

But the report said that extra measures to reduce such pollutants, led by soot and methane, would cut temperature rises by only 0.16 degree Celsius (0.29 Fahrenheit) by 2050, far less than some estimates that the benefits could be 0.5C (0.9F).

"Reductions of methane and black carbon (soot) would likely have only a modest impact on near-term global climate warming," the authors at the U.S. Department of Energy's Pacific Northwest National Laboratory wrote.

The report assumed that developing nations would drop high-polluting technologies such as wood-fired stoves anyway as their economies grew, so that emissions would fall regardless of any separate new policies.

However, the head scientific adviser to the Climate and Clean Air Coalition - founded by the United States, five other governments and the U.N. Environment Programme (UNEP) in February 2012 - said more wealth did not necessarily mean cleaner air.

"It took really aggressive efforts by the United States and Europe to clean up air pollution" in past decades, Drew Shindell, who is also a climate scientist at NASA, told Reuters. "It doesn't happen automatically."

He said the efforts to reduce soot, methane and other gases that break down quickly in the air could substantially complement a wider drive to slow global warming, which is blamed mainly on carbon dioxide, a greenhouse gas that can linger in the atmosphere for centuries.

The Climate and Climate and Clean Air Coalition argues that simple measures such as tapping methane that would otherwise leak from trash dumps as a source of energy, changing cows' diets or reducing flaring of natural gas can have big benefits.

By contrast, Monday's study in the Proceedings of the National Academy of Sciences said a "comprehensive climate policy" was needed in which all greenhouse emissions would be cut.

Soot comes from sources such as wood-burning stoves, diesel engines, forest fires and open burning of crop waste. Methane comes naturally from decomposition of plant and animal matter, and from man-made sources including the farming of ruminants such as cattle and sheep, and coal or natural gas extraction.

Emerging economies such as China and India have not joined the Coalition, arguing that its membership of mostly developed nations including Japan, Canada and Australia should focus more on curbing carbon dioxide, released from burning fossil fuels.

UNEP says that cuts in short-lived pollutants could slow global warming by 0.5 degree Celsius and have the potential to prevent more than 2 million premature deaths a year and avoid the annual loss of more than 30 million tonnes of crops.

A U.N. panel of scientists says it is at least 90 percent probable that manmade greenhouse gases are the main cause of recent warming, rather than natural variations. Warming will cause more heatwaves, floods and rising sea levels, it says.