The deep-seated problems facing the clean-up are both economic and operational, according to a Reuters review of decontamination contracts and interviews with dozens of workers, managers and officials involved. 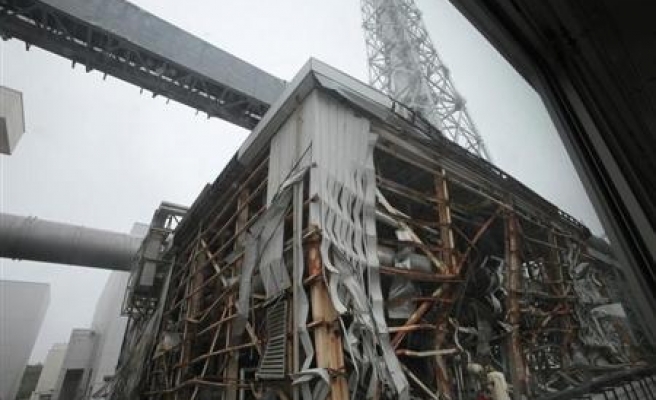 The most ambitious radiation clean-up ever attempted has proved costly, complex and time-consuming since the Japanese government began it more than two years in the wake of the Fukushima nuclear meltdown. It may also fail.

Doubts are mounting that the effort to decontaminate hotspots in an area the size of Connecticut will succeed in its ultimate aim - luring more than 100,000 nuclear evacuees back home.

If thousands of former residents cannot or will not return, parts of the farming and fishing region could remain an abandoned wilderness for decades.

In many areas, radiation remains well above targeted levels because of bureaucratic delays and ineffective work on the ground. As a result, some experts fears the $15 billion allocated to the scheme so far will be largely squandered.

The deep-seated problems facing the clean-up are both economic and operational, according to a Reuters review of decontamination contracts and interviews with dozens of workers, managers and officials involved.

In Kawauchi, a heavily forested village in Fukushima prefecture, decontamination crews have finished cleaning up houses, but few of their former inhabitants are prepared to move back. Just over 500 of the 3,000 people who once lived here have returned since the March 2011 meltdown at the Fukushima nuclear plant 25 km (15 miles) to the east.

Even after being deemed safe enough for people to return, Kawauchi has no functioning hospital or high school.

The mushrooms that used to provide a livelihood for foragers are now steeped in dangerous levels of caesium. The only jobs on offer in town are menial. Some houses are so mildewed after three summers of abandonment that they need to be torn down.

The village has not only shrunk; its population has also aged. While the elderly used to make up a third of the town, they now account for 70 percent of residents.

The same pattern has played out across Fukushima as the nuclear accident turned the slow drip of urban flight by younger residents into a torrent, creating a demographic skew that decontamination is unlikely to reverse.

Kawauchi is one of the 11 townships that were most heavily contaminated after the accident, when rain and snow showered radioactive particles onto the verdant hills here as the plume from the plant passed overhead. Half of it lies in the still-evacuated area where the national government has assumed control of the clean-up.

"There is no comprehensive plan on how to rebuild the village," said Yasutsugu Igari, 34, who works in the reconstruction department at Kawauchi's village office. "It's the government that destroyed it, but now it's doing very little to help us re-create our lives."

Masayoshi Yokota, who is in charge of decontamination, says he has heard that frustration before.

"First they said they wouldn't come back unless we decontaminated. So we did that and told them they could come back," he said. "But then it was about jobs or that they didn't want to come back because they have children."

Japan's plan to scrub clean the area around Fukushima and remove radioactive debris was beset by difficulties from the beginning.

Nothing on the same scale had ever been attempted before. After the Chernobyl accident in 1986, highly contaminated houses were entombed in concrete and the surrounding area was abandoned.

By contrast, Japan's government is attempting to bring background radiation levels in the most highly contaminated evacuation zone to an average of 1 millisievert per year once all the work is completed.

That would be twice the background radiation level in Denver, or a sixth of the annual dose for the average American when all sources or radiation are taken into account.

Japanese nuclear workers are limited to an accumulative exposure of 100 millisieverts over five years. Although radiation health experts assume that any incremental exposure to radiation increases risks for later cancers, the International Atomic Energy Agency say a statistically significant correlation only shows up at doses over that higher threshold.

The Japanese government decided to allow people to move back to areas with an average annual dose of less than 20 millisieverts in December 2011.

In an attempt to reach the tougher radiation target, thousands of temporary workers have been put to work scrubbing houses and roads, digging up topsoil and stripping trees of leaves into which invisible caesium particles have wormed.

Few of the hundreds of companies and small firms involved have any experience with radiation. Some workers have said they have been told to flush contaminated leaves away in rivers by supervisors to speed the job up and reduce waste, since storage remains a problem.

On a recent Saturday, a crew of 10 workers in jumpsuits, hardhats and surgical masks were clearing a roadside outside Kawauchi, picking up leaves and trimming weeds. The lower half of nearby forest slopes were stripped of saplings and shrubbery.

"That's lovely," Yokota told a visitor. "They've got it nice and clean."

Some experts are doubtful about the payback of that effort. First, there is a risk that radioactive isotopes can return to decontaminated areas via wind and rain. Officials in the village of Yugawa found snowfall earlier this year caused radiation levels to spike.

At the same time, the protocols for how to complete the same job vary depending on location. For example, Fukushima city has banned the use of high-pressure water hoses for fear that they simply scatter radioactive particles rather than remove them. Other areas have allowed the hoses to be used, but filtering the collected water produces highly radioactive residue.

"The truth of the matter is that from the European experience (after Chernobyl), remediation factors are disappointing," said David Sanderson, a professor of environmental science at the University of Glasgow and an expert in radiation who has made numerous trips to Fukushima to map the fallout.

"And it's very expensive. I fear there's a chance the experience in Japan might be pointing to the same conclusion. Unless it succeeds in putting people back in their homes, the benefit is difficult to see."

Tokyo has budgeted $15 billion for the effort over the past three years, but only a quarter of the $6.5 billion of that provided to the Ministry of the Environment has been spent, according to data provided to Reuters. The target is to finish the project by the end of 2016, although the government of Prime Minister Shinzo Abe has pledged to go faster.

There is also the problem of storage. Most of the contaminated soil and leaves remain piled up in driveways and empty lots because of fierce opposition from local communities to storing it in one place until the Ministry of Environment secures a central site that could hold it for the longer term.

Residents of Tamura, a village in the evacuated zone, were encouraged recently to begin preparing to return to their decontaminated houses - armed with Geiger counters. Some areas still show radiation at twice the target level.

"Decontamination in the true sense of the word is not being carried out," said Tomoya Yamauchi, a professor of radiation physics at Kobe University. Yamauchi said he found that some decontaminated road surfaces in Fukushima had readings 18 times the target level because caesium had accumulated in cracks in the asphalt.

"I think the government recognises that Fukushima cannot be returned to how it was."

Many have given up hope of ever returning to live in the shadow of the Fukushima nuclear plant. A survey in June showed that a third of the former residents of Iitate, a lush village famed for its fresh produce before the disaster, never want to move back. Half of those said they would prefer to be compensated enough to move elsewhere in Japan to farm.

Nuclear evacuees currently receive a living allowance from plant operator Tokyo Electric Power Co. (Tepco), which is cut off when the government decides they are able to move home again.

"I feel like some people don't want to go back because they're happy living off the compensation money from Tepco and they don't want that to end," said Hiroaki Inoue, an official from the Ministry of Economy, Trade and Industry spending a year working at the Kawauchi village office to monitor the spending of the reconstruction budget.

But some evacuees say it is unfair to cut off financial support when their previous homes and villages remain unliveable.

"There's no jobs, no shops open, nothing. It's become an incredibly difficult place to live and yet they're saying 'You can go home now'," said a single mother evacuated from near Kawauchi, who declined to be named for fear of retribution from the authorities.

"It's so unfair to say that. It's not that simple."

"This could be fixed," said Yokota on a recent visit. "They could get these levels right down. But the thing is, people didn't come back quickly enough. That's fatal."