"We had been processing the data for quite some time and it was on a whim that I said, 'OK, let's just look out further," Showalter told Reuters. 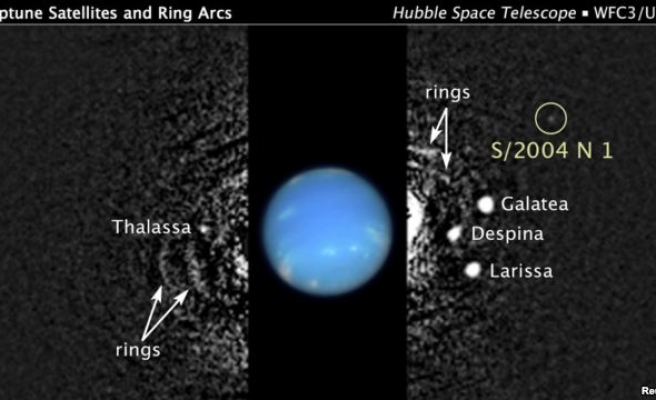 An astronomer studying archived images of Neptune taken by the Hubble Space Telescope has found a 14th moon orbiting the planet, NASA said on Monday.

Astronomer Mark Showalter, with the SETI Institute in Mountain View, California, was searching Hubble images for moons inside faint ring fragments circling Neptune when he decided to run his analysis program on a broader part of the sky.

"We had been processing the data for quite some time and it was on a whim that I said, 'OK, let's just look out further," Showalter told Reuters.

"I changed my program so that instead of stopping just outside the ring system it processed the data all the way out, walked away from my computer and waited an hour while it did all the processing for me. When I came back, I looked at the image and there was this extra dot that wasn't supposed to be there," Showalter said.

Follow-up analysis of other archived Hubble images of Neptune verified the object was a moon.

Showalter and colleagues are mulling over a name to propose to the International Astronomical Union, which has final say in the matter.

"We haven't really gotten far with that. What I can say is that the name will be out of Roman and Greek mythology and it will have to do with characters who are related to Neptune, the god of the oceans," Showalter said.

Neptune's largest moon, Triton, was discovered in 1846, just days after the planet itself was found. Nereid, Neptune's third largest moon was found in 1949.

The newly found moon, designated S/2004 N 1, is located between Larissa and Proteus. It orbits Neptune in 23 hours.

A paper on the discovery is pending.