Zimbabwean poachers have killed more than 80 elephants with cyanide. 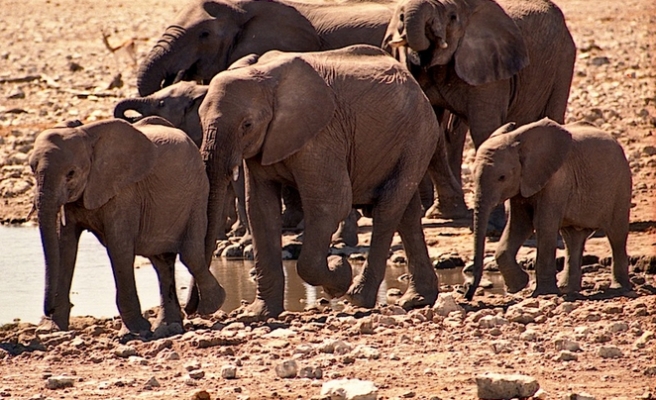 Zimbabwean ivory poachers have killed more than 80 elephants by poisoning water holes with cyanide, endangering one of the world's biggest herds, a minister said on Wednesday.

Environment minister Saviour Kasukuwere said the elephants had died in the last few weeks in the Hwange national park, the southern African nation's largest, while security forces were preoccupied with a July 31 general election.

Police and rangers had recovered 19 tusks, cyanide and wire snares after a sweep through villages close to the park, which lies just south of Victoria Falls.

"We are declaring war on the poachers," he told Reuters. "We are responding with all our might because our wildlife, including the elephants they are killing, are part of the natural resources and wealth that we want to benefit the people of Zimbabwe."

Zimbabwe is home to some of Africa's largest herds, with half of its estimated 80,000 elephants thought to be in Hwange.

Kasukuwere, who was appointed to the environment ministry a week ago, said he would push for stiff penalties for convicted poachers, who routinely get less than the 9-year jail term imposed for cattle rustling.

Zimbabwe is working to revive its tourism industry, including its wildlife sector, which has suffered years of decline blamed by some on long-serving President Robert Mugabe's economic policies.