The experimental aircraft had left Dulles International Airport outside Washington for its last leg more than 18 hours earlier, on a route that took it north over Maryland, Delaware and New Jersey. 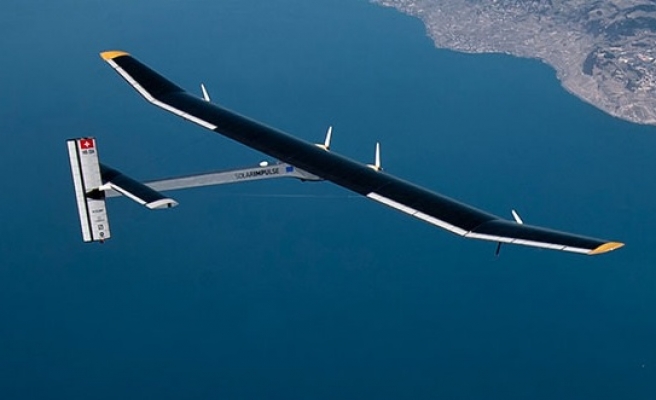 An airplane entirely powered by the sun touched down in New York City late on Saturday, completing the final leg of an epic journey across the United States that began over two months ago.

The Solar Impulse, its four propellers driven by energy collected from 12,000 solar cells in its wings to charge batteries for night use, landed at John F. Kennedy Airport at 11:09 p.m. EDT (0309 GMT), organizers said.

The experimental aircraft had left Dulles International Airport outside Washington for its last leg more than 18 hours earlier, on a route that took it north over Maryland, Delaware and New Jersey.

The spindly aircraft had been expected to land in the early hours of Sunday, but the project team decided to shorten the flight after an 8-foot (2.5 meter) tear appeared on the underside of the left wing.

The condition of the aircraft was declared sufficiently stable to continue, and pilot Andre Borschberg was not in danger, the organizers said.

The Solar Impulse is the first solar-powered plane capable of operating day and night to fly across the United States.

With the wingspan of a jumbo jet and the weight of a small car, the aircraft completed the first leg of the journey from San Francisco to Phoenix in early May and flew later that month from Phoenix to Dallas.

From there it flew to St. Louis, stopped briefly in Cincinnati, then flew on to Washington, where is has remained since June 16.

Intended to boost support for clean energy technologies, the project began in 2003 with a 10-year budget of $112 million (90 million euros).