"We've been following these Chinese hackers for so long, we can track their daily work schedule," said the expert, who asked not to be identified. 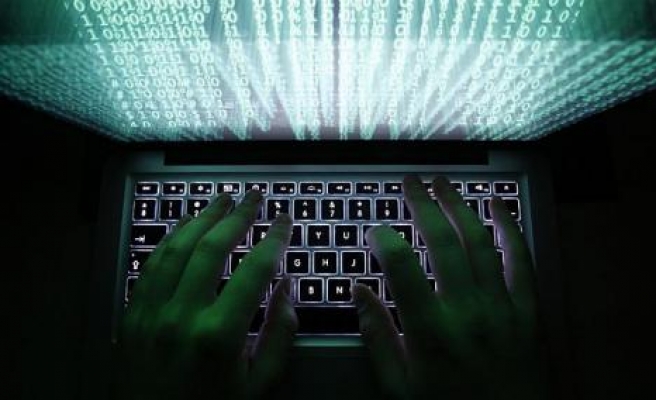 Taiwan is the frontline in an emerging global battle for cyberspace, according to elite hackers in the island's IT industry, who say it has become a rehearsal area for the Chinese cyberattacks that have strained ties with the United States.

The self-governing island, they say, has endured at least a decade of highly-targeted data-theft attacks that are then directed towards larger countries.

"We've seen everything," said Jim Liu, the 28-year-old founder of Lucent Sky, a Taiwanese internet security company specialising in resolving dangerous software vulnerabilities that hackers can exploit in order to gain access to a system.

"We'll see a specific attack signature here, and then six months later see the same signature in an attack on the States."

A Pentagon report in May accused China of trying to break into U.S. defence computer networks. It followed another report in February by U.S. computer security company Mandiant that said a secretive Chinese military unit was probably behind a series of hacking attacks that had stolen data from 100 U.S. companies.

Beijing dismissed both reports as without foundation. But Taiwan experts say that hacking methods such as those outlined in the Mandiant report are the same kinds of security breaches that they had seen several years earlier.

Regarded by China as a renegade province it must recover, by force if necessary, it is easy to see why Taiwan might be an ideal target for Chinese hackers: it is close to the mainland, Mandarin-speaking and boasts advanced internet infrastructure.

This cyberwar playing out across the narrow Taiwan Strait first came to public attention in 2003, when a Taiwanese police agency realised hackers had stolen personal data, including household registration information, from its computer system.

These attacks differed from traditional hacking attempts - where many casual hackers attempt to disrupt their targets' systems, these hackers went in stealthily, with the intention to plunder rather than destroy.

"Back then it was very rare to see these kinds of social network attacks," said hacking specialist Jeremy Chiu, a contract instructor in IT for Taiwan's intelligence agencies. "They were very, very well organised."

Other indicators, including the ease with which the hackers penetrated an email system written entirely in Chinese, painted a picture of the culprits as a large, coordinated group of mainland Chinese hackers.

"One thing that indicates government support for these attacks is just the sheer volume - how many agencies are being attacked on a daily basis," said Benson Wu, postdoctoral researcher in information technology at Taiwanese think-tank Academia Sinica and co-founder of Xecure Lab, which focuses on responding to advanced persistent threats.

On a projector screen he displayed a list of emails, written in Chinese, with subject headings like "meeting notes", "dinner attendance" and "questionnaire".

"These are all hacking attempts," Wu explained. Once the documents have been opened, they plant a backdoor allowing the hacker virtually unfettered access to the network.

One such "spearphishing" attack was reportedly used on the White House in October. A Taiwan expert in cyberespionage interviewed by Reuters estimated that thousands of Taiwanese high-level government employees receive as many as 20 to 30 of these emails a month.

"We've been following these Chinese hackers for so long, we can track their daily work schedule," said the expert, who asked not to be identified.

"People expect hackers to be night owls, but these guys work very normal hours - on Chinese national holidays, for example, we don't see any hacking activity at all."

Tracking the exact source of the attacks, however, remains a slippery game of internet sleuth.

"We take the IP address culled from the attack as a springboard, then track it through the internet - perhaps the same IP address was used in a forum registration, or to register a QQ handle," he said, referring to a popular Chinese chat program. "It depends how good they are at covering their tracks."

China denies being behind hacking attacks on other nations and insists it is a major victim of cyber attacks, including from the United States - an argument that Beijing sees as strengthened by revelations last month from a former National Security Agency contractor, Edward Snowden, about top-secret U.S. electronic surveillance programmes.

According to internet platform Akamai, 27 percent of worldwide hacking activity during 2012 originated in China. The same report, however, also placed Taiwan among the top five digital attack originating countries in 2012.

"Taiwan is one of the key countries where we see a lot of activity," said Singapore-based malware researcher Chong Rong Hwa of network security firm FireEye Inc.

In one year, the Taiwan National Security Bureau encountered more than 3 million hacking attempts from China, according to statements given by bureau director Tsai Teh-sheng in March in response to questions from lawmakers.

Military and technology intelligence was included among the pilfered data. A representative from the bureau declined to comment when contacted by Reuters.

"Taiwan will continue to be the battleground for lots of cyber attacks; it's like we are on our own," Wu said. "China has a huge pool of talent and technical resources."