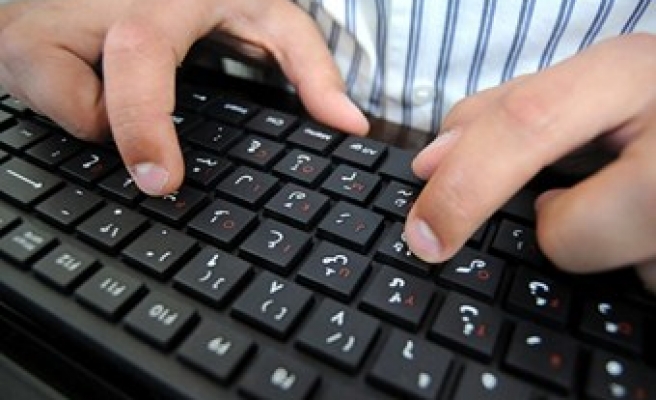 The technological department of a Turkish company that produces holy Quran in Turkey's Isparta city has introduced a keyboard with Ottoman and Latin letters to enable writing in Ottoman, as a result of its research and development (R&D) efforts.

Speaking to Anadolu Agency in an exclusive, owner of the company Ali Yildiz remarked the "Ottoman alphabet" was developed in the past to integrate Turkish language with Islam.

Stating that the Ottoman language was used by Turks for ages, Yildiz stressed that Ottoman was not much different from the Turkish languge used today, except from the change of the alphabet from Quran letters to Latin ones.

"Despite Turkey's rich archives in Ottoman, most of the Turkish people today are unable to read them. There is no other nation in the world that cannot read one piece from the works of their ancestors in a library," he said.

Highlighting the rising demand for learning Ottoman as the Turkish nation has recently become aware of the rich archives, Yildiz noted that they published the first ever Ottoman journal in Turkey after 85 years, which was welcomed with great attention by the Turkish community.

He also mentioned they developed an online a software for those who wished to write in Ottoman, and said it was downloaded by more than 50 thousand people so far.

Considering the impossibility of writing in Ottoman with Latin-letter keyboard, Yildiz said they decided to develop an Ottoman keyboard when they, after researches, found out that there was a draft by Turkish Standards Institution (TSE) dated 2006 on how an Ottoman keyboard should be.

"Noone did anything to fulfill the need, so our high-tech department within the company developed a keyboard with Ottoman letters on it to fill the gap in the market. The keyboard has both Latin and Ottoman letters on it. We have prepared a user-friendly keyboard in both Q and F formats along with an installation CD," he added.

Yildiz argued that the keyboard in Ottoman was a first in the world, adding that it was sold online.

Ataturk to Idiot - 7 yıl Before

Fascinating piece of non-information. The cd with drivers is the relevant bit, because all keyboards are physically identical: the tampo printing or engravings on the keys are irrelevant. It all depends on the drivers whether the strokes will be converted to unicode characters and which operating systems will work with these drivers. On top of that there must be fonts to visualise these unic

ataturk the idiot - 7 yıl Before

i am an idiot