History is written by those who are victorious. However, those who are truly victorious are those in the field of science and culture who set in motion the major discoveries of tomorrow and these are minds untainted

President Erdogan is correct. If one is to describe “discovery” of American natives and we are to look at all possible signs, then yes, it would be correct to say that its very likely that Muslims have “discovered” America. The Genoese explorer Christopher Columbus  who sailed under a Spanish flag  would be, if anything, the last person who discovered America.  Besides, his “discovery” was made possible because of the maps of the Muslim seamen and compasses. The one thing that the President could be wrong on, in this matter, is the actual date.  This “discovery” would most likely between the years of 1312-1420 which would make it a more realistic possibility.

In the science world the Euro centric view has been that “America was discovered by Columbus” implying that it was discovered solely on the effort of Spanish explorers alone.  Furthermore, the “discovery” is purported to be an indicator of scientific and rational thought pioneered by the European renaissance. Now let us gauge who is the pioneer or the indicator of that thought together.

One of the first signs of Muslim travel to America is the copy Ibn Fadlallah al Umari encyclopaedia “Masalik al-abshar fi Mamalk al-amshar) (d.  1349) where a copy is currently held at the Topkapi Palace  Library. This encyclopaedia has a written entry  that states that Sultan Muhammad Abu Bakr had mobilised a fleet  “to travel and reach the other side of the ocean” in 1312. After encountering a wild store, the entire fleet sinks save for one who returns home. The Sultan attempts a second journey except this time with a much bigger fleet. The entire fleet perishes on this second journey and whether they ever reached their goal is something we will never know.

In the following years, Muslim explorers organised many journeys from Portugal to the West under Islamic rule. There are various sources that show this, and some of these show that they actually reached the shores of America. The footnote on one Italian maps states that in 1420, a an Arabian ship had travelled around the African peninsula and had reached the eastern seaboard of America.

If anything there is nothing to be surprised about the Muslim discovery of America. The reason for this is explained through research by Prof. Dr Fuat Sezgin, the Director of Frankfurt University Arab-Islam Science Institute  that the Islam world had the complete scientific knowledge hundreds of years  prior to Columbus  reaching America.

Dr Sezgin also is the author of a 13 volume body of work that is currently the largest source of oriental studies called “Gerschicte des Arabischen  Scrifttums”.  Sezgin published the 10th, 11th and 12th  volumes titled “ mathematsche Geographe und Karftographie im Islam und ihr Fortleben im Abendland” in the year 2000.  In this groundbreaking work, Sezgin does not state the first discoverer of America or the date. Besides, his purpose was to show the Islamic culture dating from the 9th century and how it developed through mathematics, geography and cartography.

Many of the facts presented in Sezgin's “Geschcite des Aribschen Scrifttums” is found in the five volume publication “Science and Technique in Islam”. The detailed work of Sezgin describes that the science in the Islamic world in the 9th century was far superior to the degree of technicology of the West in the 15th century. It becomes evident that the contribution of scientists in the Islamic world paved the way for the stepping stones that lead to the discovery of America.

Now lets come to the “Istanbul Islam, Science and Technology Museum” spearheaded by Sezgin that threw the Eurocentric envisaged scientific contributions into turmoil.

In reality, the Islam world was well aware from the 8th century  that the world was round.  For this reason, the oldest known world map projection belongs to the Arab-Islam cultural environment. This first map was then prepared in the first quarter of the 9th century by encouragement of Abbasi Calipha al-Mamnun (813-833).  This brought about a profound innovation to the scientific world, with ground breaking factors in the cultural environment officiating oceans that surround the continents. For the first time the Indian Ocean, was drawn as a landlocked ocean which could be travelled by sea by way of Africa.  Even though the original map has been lost,  a copy dating from 1340 was brought to light in the 1980's. Although some of the details were lost from the copy,  according to Dr Sezgin, the 1340 copy “is an unparalleled monument to cartography”.

Many of the Islamic scholars of the time relied on the foundational geographic facts from Greek, Indian, Babylonian and Iranian  scientists. Islamic scholars built on the knowledge of neighbouring cultures who increasingly developed more maps after the 11th century.  Completed in 1154, the metallic world map completed by Muhammed Serif el-Idrisi is the best remembered masterpiece.

Muslim scholars between the 7th and 15th century put forward a detailed map of the West Atlantic.  Only scholars in the Islam world had the cultural environment for this. In time, the European cartographers created imitations of these which resulted, directly or otherwise maps reaching the 18th century modelled on those of the Arab-Islam cultural environment.  When comparing the maps drawn up in the 15th century to those of today, it can be seen that particular detail was covered over the latitude and longitude measurements.

This late “discovery” by Columbus in the 15th century is in fact considered to be a scientific heritage for humanity. Fro example, the map used by Columbus was sent from Italy to Portugal between the years of 1470-1477 and was written in the native language of the Javanese. The Muslims living in Java and mapped in detail the area between Java and Africa. The Portuguese had rejected the fact that the map belonged to the Muslim world. The compass that Columbus used on his first journey in the 15th century across the south of Italy was an Arab naval product. As a side, Vasco de Gama and other Portuguese sailors would surrender their original copies of their maps to Arab sailors.

Antonio Pigafetti who travelled with Portuguese explorer Macellan who “discovered” the Cape of Good Hope and who penned a memoir based on this journey noted that a map drawn before 1507 was used (and translated into English by James Alexander Robertson in 1906).  The Portuguese historian  Antonio Galvao in his book “Discoveries of the World”,  wrote of a  world map brought back in 1428 by the kings eldest son Prince Don Pedro from his travels to Europe and Jerusalem, showing a navigable sea route from the Cape of Good Hope and along the Strait of Magellan.

Similarly, the route that enabled Vasco de Gama to reach India which was made possible through all  shipping and maritime technology from the Islamic scholars in the East or Middle East, the same conditions applied to Columbus . If this technology that was not available,Columbus would not have thought of travelling to the Atlantic Ocean.

Columbus reaching America in 1492 also presented a different turning point. The political entity that was Islam was reaching an end for Muslims when Granada fell in 1492. The Iberian Peninsula would no longer belong to Muslims but to the Western world. From this point onwards, the Islamic world lost their leadership in geographical discovery. From the 16th century, Spanish and Portugal played a more prominent role in the world stage in politics and science. This role in navigation, astronomy and geometry, which built on the foundations established by Islamic scholars, in time led them to be the new leaders of first Europe and then the world. This was sealed in the victory of 1492 (!) as a new part of history.

Today , of course to draw attention to established scientific findings and turn them upside down is one thing, and to claim that you are leading the scientific breakthrough and boast that you have built the foundations of it is another. If you prefer to boast on the basis of identity,  then perhaps we can take the example whereby during the Battle of Lepanto, the Crusade fleet crumbled  the left wing  and captured the flagship of the Maltese fleet was the famed Ottoman mariner Kilic Ali Pasa was in fact a Calabrian Italian whose real name was Giovanni Dionigi Galeni, who on other naval fronts resulted in the defeat of the Ottoman navy at the Battle of Lepanto and was considered to be defeated. Of course, those who makes such claims don't happen to travel to the main square in the town of La Castella in Italy's Calabria province where there is a statue built by di Dinami and placed their in 1989, with a plaque that states “Kilic Ali Pasha is a Turk and will remain Turkish”.

History is written by those who are victorious.  However, those who are truly victorious are those in the field of science and culture who set in motion the major discoveries of tomorrow and these are minds untainted. Irrespective of this dark period that has engulfed the Islamic world who is in need of this enlightenment, those “discoveries” that happened hundreds of years ago who diverted their attention to these for the sake of amusement, are not by explorers, but those who cannot see and are blind to the actual discovery.

*This T24 article was translated from the orginal by Zuhal Mohammady for World Bulletin with author's permission. 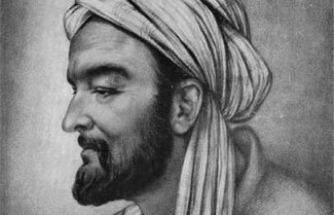 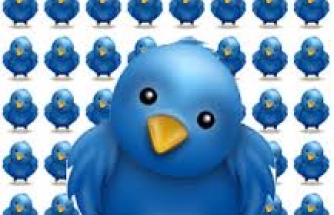