The scientists discovered the remains on July 18 while looking for fossils in the remnants of an extinct volcano in Karamoja. 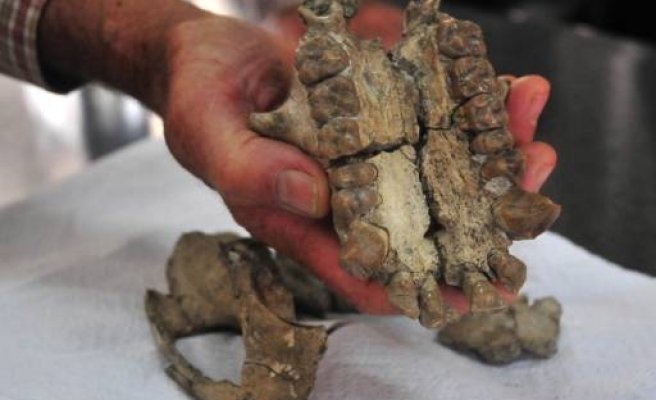 Ugandan and French scientists have discovered a fossil of a skull of a tree-climbing ape from about 20 million years ago in Uganda's Karamoja region, the team said on Tuesday.

The scientists discovered the remains on July 18 while looking for fossils in the remnants of an extinct volcano in Karamoja, a semi-arid region in Uganda's northeastern corner.

"This is the first time that the complete skull of an ape of this age has been found. It is a highly important fossil," Martin Pickford, a paleontologist from the College de France in Paris, told a news conference.

Pickford said preliminary studies of the fossil showed that the tree-climbing herbivore, roughly 10-years-old when it died, had a head the size of a chimpanzee's but a brain the size of a baboon's, a bigger ape.

Bridgette Senut, a professor at the Musee National d'Histoire Naturelle, said that the remains would be taken to Paris to be x-rayed and documented before being returned to Uganda.

"It will be cleaned in France, it will be prepared in France and then in about one year's time it will be returned to the country," Senut said.

Uganda's junior minister for tourism, wildlife and heritage said the skull was a remote cousin of the Hominidea Fossil Ape.