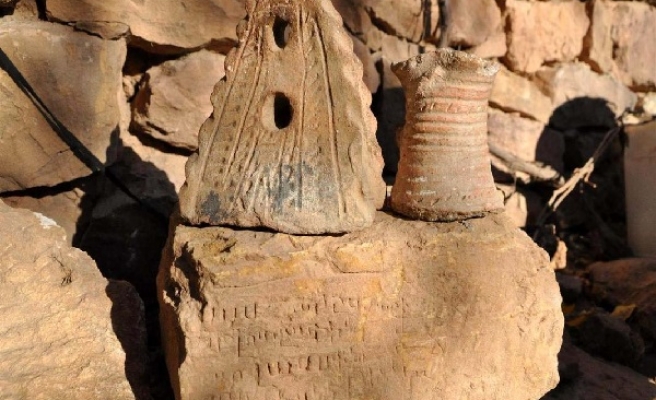 An archaeological settlement dating back to 3,000 years ago was discovered in eastern Tunceli province of Turkey.

Thanks to the efforts of Turkish researcher Serkan Erdogan from Faculty of Science and Letters of Bitlis Eren University, and Culture and Tourism Director of Tunceli Ismet Hakan Ulasoglu, a 3,000-year-old settlement near Rabat hamlet of Cemceli village was discovered.

Being the largest archaeological settlemet of Tunceli, a citadel-like settlement containing overtones of early iron age, Urartian, Hellenistic, Roman, Byzantium period, Islamic middle age and Ottoman era was predicted to be one of the most important centres situated at an old transportation network.

Having encountered iron dross, ceramics, historical bridge and weight objects, researcher Erdogan thought that the area in question was an important economic production centre in different eras of the history.

Erdogan said that the discovered citadel was wider than three football stadiums.