#ICantBreathe and #IAmMikeBrown are the two top trending social media hashtags of the year. 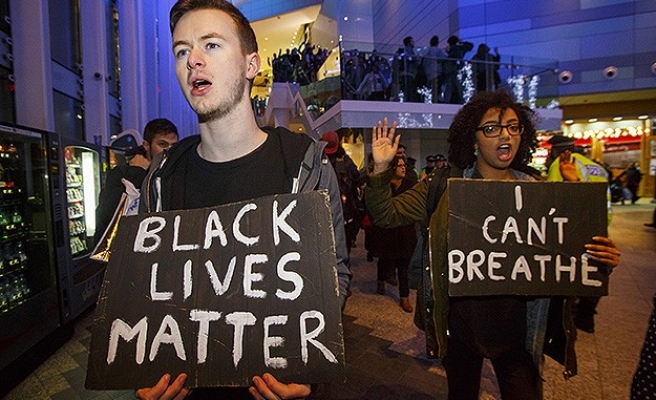 The role of social media as a news source that transcend political borders is obvious, and hashtags are gaining more and more traction as a tool to start social movements.

The Oxford English Dictionary defines hashtag as "a word or phrase preceded by a hash or pound sign (#) and used to identify messages on a specific topic."

Both became the rallying cries of millions seeking justice for two unarmed black men who were killed by white police officers, and appeared on the signs and t-shirts of protesters.

"I can't breathe" were the last words of 43-year-old Eric Garner, an asthmatic who died July 17 after being placed in a chokehold by a white New York Police Department officer.

Garner’s death, together with the Aug. 9 shooting death of 18-year-old Michael Brown in Missouri by white police officer Darren Wilson, triggered nationwide protests and ignited a debate about race relations and police brutality.

The third most popular English language hashtag of 2014 was #IceBucketChallenge, referring to the social media campaign where participants post videos of themselves as they pour a bucket of ice water over their heads to promote awareness of the amyotrophic lateral sclerosis disease, also known as ALS- a progressive neurodegenerative disease; and encourage donations for research.

The campaign grabbed the attention of millions of people worldwide including celebrities and political figures, and has raised at least $100 million in donations, according to the ALS Association.

The hashtag #BringBackOurGirls became a global campaign that went viral and garnered the support of many high-profile figures including U.S. first lady Michelle Obama and British Prime Minister David Cameron.

It was the fourth most popular hashtag of the year, with thousands of people tweeting in an effort to push authorities to rescue 276 Nigerian schoolgirls who were kidnapped in April by the militant group Boko Haram.

None of the girls have been rescued so far despite offers of assistance to the Nigerian government from world leaders, including the U.S., the UK, France and China.

Rounding out the top five hashtags of the year was #WorldCup, referring to the 2014 FIFA World Cup held in Brazil and won by Germany.