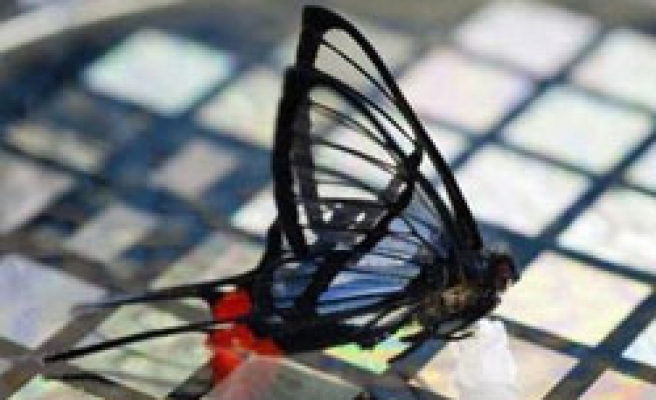 New artificial "skin" fashioned out of flexible semiconductor materials can sense touch, making it possible to create robots with a grip delicate enough to hold an egg, yet strong enough to grasp the frying pan, U.S. researchers said on Sunday.

Scientists have long struggled with a way to make robotic devices capable of adjusting the amount of force needed to hold and use different objects. The pressure-sensitive materials are designed to overcome that challenge.

"Humans generally know how to hold a fragile egg without breaking it," said Ali Javey, an electrical engineer at the University of California Berkeley, who led one of two teams reporting on artificial skin discoveries in the journal Nature Materials.

"If we ever wanted a robot that could unload the dishes, for instance, we'd want to make sure it doesn't break the glasses in the process. But we'd also want the robot to be able to grip a stock pot without dropping it," Javey said in a statement.

Javey's team found a way to make ultra tiny "nanowires" from an alloy of silicon and germanium. Wires of this material were formed on the outside of a cylindrical drum, which was then rolled onto a sticky film, depositing the wires in a uniform pattern.

Sheets of this semiconductor film were then coated with a layer of pressure-sensitive rubber. Tests of the material showed it was able to detect a range of force, from typing on a keyboard to holding an object.

A second team led by Zhenan Bao, a chemical engineer at Stanford University in California, used a different approach, making a material so sensitive it can detect the weight of a butterfly resting on it.

Bao's sensors were made by sandwiching a precisely molded, highly elastic rubber layer between two electrodes in a regular grid of tiny pyramids.

"We molded it into some kind of microstructure to incorporate some air pockets," Bao said in a telephone interview. "If we introduce air pockets, then these rubber pieces can bounce back."

Eventually, the teams hope artificial skin could be used to restore the sense of touch in people with prosthetic limbs, but scientists will first need a better understanding of how to integrate the system's sensors with the human nervous system.

Javey's artificial skin is the latest application of new ways of processing brittle, inorganic semiconductor materials such as silicon, into flexible electronics and sensors.

Earlier this year, a team at the California Institute of Technology in Pasadena devised a way to make flexible solar cells with silicon wires that are thin enough to be used in clothing.