Astronauts back on Earth after six months in space 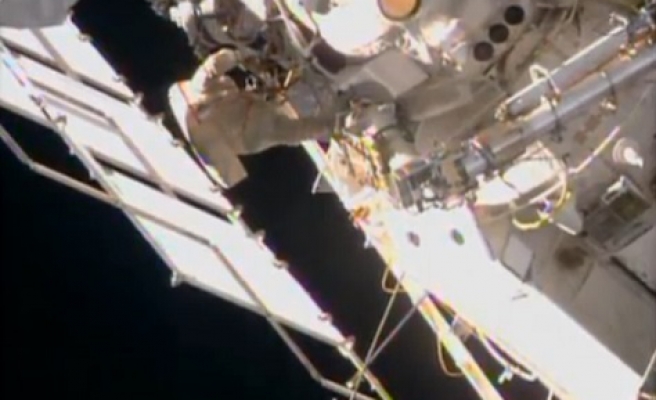 Two Russian cosmonauts and a NASA astronaut returned to Earth on Wednesday, capping a nearly six-month stay aboard the International Space Station.

The men rode home in the same Soyuz capsule that carried them to the station in March. They departed at 7:01 p.m. EDT (2301 GMT) as the station soared 260 miles (418 km) over eastern Mongolia.

"We accomplished a lot. We've had a lot of fun," Swanson said during a change-of-command ceremony on Tuesday that was broadcast on NASA Television.

In addition to a pair of Russian space walks, the returning crew tackled a record number of science experiments, upgraded the station's prototype humanoid robot and repaired broken equipment.

"We did a lot of maintenance, which is good and bad," Swanson said. "I love doing maintenance, but it means things broke."

Three new crew members, including the first Russian woman to serve on the station, are due to launch on Sept. 25.

"Getting three new faces up here will be lots of fun," Wiseman said in an inflight interview.

The newcomers are NASA astronaut Barry Wilmore and cosmonauts Alexander Samokutyaev and Elena Serova. Serova will become only the fourth Russian woman to fly in space and the first to serve on the International Space Station, a $100 billion research complex owned by 15 nations.

The last Russian woman to fly in space was Yelena Kondakova, who was part of a NASA space shuttle crew in May 1997.