A team of European astronomers has located what may be the largest collection of planets discovered to date outside our own solar system. 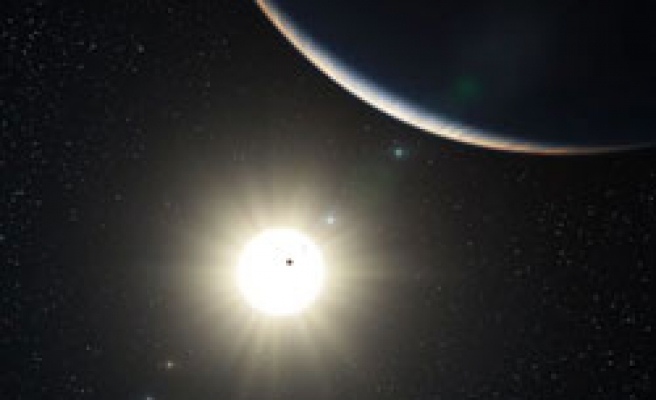 A team of European astronomers has located what may be the largest collection of planets discovered to date outside our own solar system.

The star is 127 light years away, in the southern constellation of Hydrus.

The researchers used the European Southern Observatory (ESO) to monitor light emitted from the system and identify and characterise the planets.

They say this is the "richest" system of exoplanets - planets outside our own Solar System - ever found.

Five planets in the system have been confirmed, and the astronomers suspect there are two more planets.

HD 10180, the star at the center of the newly discovered system, is said to be similar to our own sun. However, none of the planets are like Earth: they do not orbit at the right distance from the sun to have liquid water, and therefore maintain life on the planet.

The system is unique from ours in that it is more populated in its inner region, and has more massive planets there, the ESO statement reports. The orbits of the planets range from as little as 6 days to 600 days.

Of the discovery, lead author of the reporting paper Christophe Lovis added, “This remarkable discovery also highlights the fact that we are now entering a new era in exoplanet research: the study of complex planetary systems and not just of individual planets. Studies of planetary motions in the new system reveal complex gravitational interactions between the planets and give us insights into the long-term evolution of the system.”