The cut to the floor price is the first major change to Australia's controversial plan to price carbon following concerns from businesses facing higher costs than in Europe. 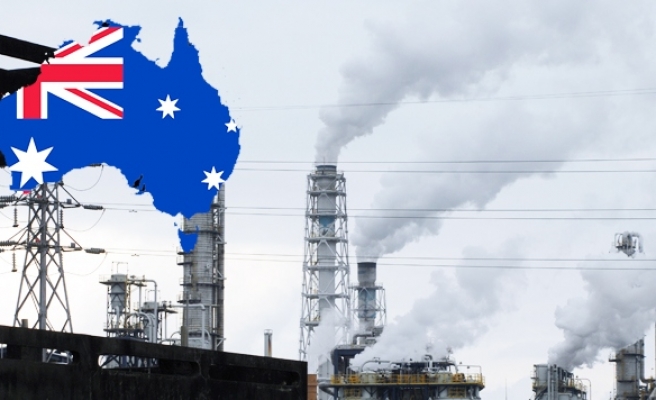 Australia will scrap its planned floor price for carbon emissions and will link directly with the European Union's emissions trading scheme by 2018, Climate Change Minister Greg Combet said on Tuesday.

Australia, one of the world's highest per capita emitters of pollutants blamed for causing climate change, imposed a fixed A$23 ($23.88) per tonne carbon tax on around 300 of its biggest polluting companies in July, covering around 60 percent of emissions.

The A$15 floor price was due to underpin the scheme when it moved to a floating emissions trading scheme in July 2015.

The cut to the floor price is the first major change to Australia's controversial plan to price carbon following concerns from businesses facing higher costs than in Europe.

"Linking the Australian and European Union systems reaffirms that carbon markets are the prime vehicle for tackling climate change and the most efficient means of achieving emissions reductions," Combet said in a joint statement with European Commission for Climate Action Connie Hedegaard.

The move means business in Australia will be able to use EU allowances to cover Australian liabilities from July 2015 but European companies will have to wait until 2018 to use Australian allowances.

Combet said business had made it clear they wanted more flexibility on the carbon price once Australia moves to a trading scheme.

"At the end of the day, I think this is the best public policy outcome," Combet told reporters, adding Australia was continuing negotiations on linking its scheme with New Zealand's emissions trading scheme.

In contrast to the Australian prices, carbon permits in the European Union are currently trading around 8.16 euros a tonne ($10).

The price on carbon emissions is Australia's key policy to fight greenhouse gas emissions, blamed for global warming. Australia is one of the world's highest per capita emitters due to a reliance on coal-fired power stations.