Belarus, Turkey will explore Antartica together 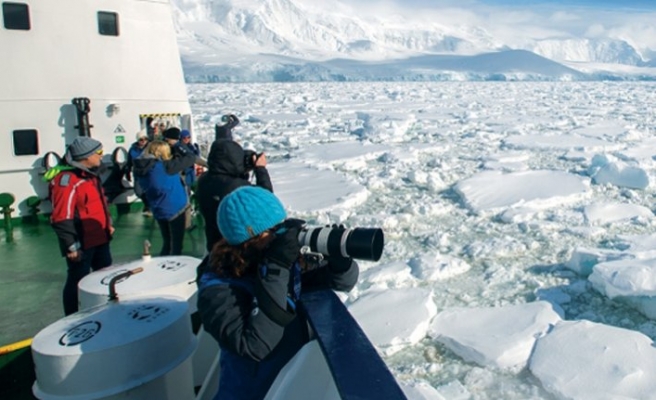 Belarus and Turkey will explore Antarctica together, an official of the Belarus science committee said Tuesday.

Sergei Shcherbakov, the deputy chairman of the State Committee on Science and Technology of the Republic of Belarus said: “The scientists [from Turkey and Belarus] which we will send [to Antarctica] in future, will conduct research on topics such as climate change, ice core and various bacteria.”

Shcherbakov and the Belarusian scientists accompanying him evaluated their talks at the Turkish Industry and Technology Ministry on high technological machinery training, computer engineering, optical and laser technology to Anadolu Agency.

Recalling an agreement on cooperation in science and technology -- signed by Turkey and Belarus during Turkish President Recep Tayyip Erdogan’s visit to the country in 2016 --, Shcherbakov said: “Achievements are gained face to face, not from a distance. That’s why we are here as the representatives of Belarus.”

He added that in recent years, the two countries worked hard together in the field of science and technology, citing the Belarusian-Turkish innovation forum held last year in Minsk.

“Our nations’ languages might be different, but our scientists are speaking the same language as science is universal,” he added.

He also said that they were encouraging Belarusian businesspeople to visit Turkey and cooperate with Turkish companies.