Rousseff spoke at a global conference that she convened on how to govern a safer, less U.S.-centered Internet after revelations that she and other world leaders had been spied upon by the NSA 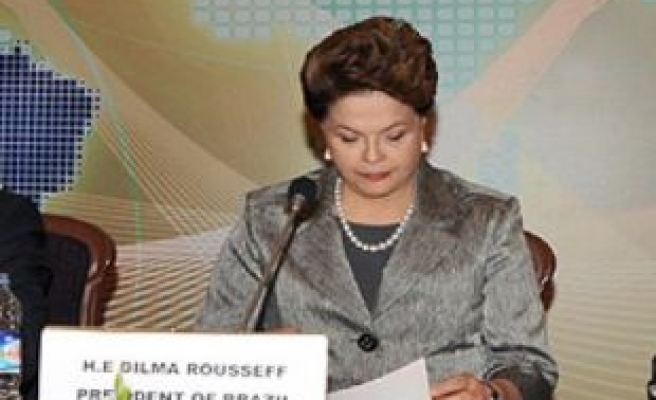 Brazil's President Dilma Rousseff praised the United States on Wednesday for its decision to ease control over the Internet and called for a more democratic, transparent network following the U.S. National Security Agency spying scandal.

Rousseff spoke at a global conference that she convened on how to govern a safer, less U.S.-centered Internet after revelations that she and other world leaders had been spied upon by the NSA.

"The Internet we want will only be possible in a scenario of respect for human rights, in particular the right to privacy and freedom of expression," she said.

Rousseff hailed President Barack Obama's decision to hand off control of ICANN, a California-based non-profit in charge of assigning Internet domains or addresses, to an international oversight body that has yet to be decided on.

"We can no longer put off the need to globalize the institutions responsible for the key functions of the Internet today," Rousseff said.

Rousseff, a left-leaning ally of the United States whose personal emails and phone calls were allegedly targeted by the NSA, said massive surveillance of the Internet was unacceptable.

As she spoke, activists wearing masks with the face of the whistleblower stood up with a banner that read: "We are all victims of surveillance. We stand with you, Dilma!".

"But there are some who would like to use the recent disclosure of our signals intelligence program as an excuse to upend the successful multi-stakeholder approach and the openness it promotes," he told the conference.

Daniel's remark was a indirect reference to countries like China and Russia that favor handing over management of the Internet to a multilateral body representing only governments, such as the United Nations.

Washington agreed to cede oversight of ICANN in September 2015 on condition that it does not come under the control of other governments.

Rousseff set the tone of the conference by signing into law in front of delegates a groundbreaking bill passed on Tuesday by the Brazil's Congress safeguarding the rights of Internet users.

Government officials, industry executives and academics from around the world attending the two-day NETmundial conference are expected to agree on principles on how to run the internet.

The meeting's resolutions are non-binding and will likely have little or no impact for billions of Internet users.

Internet companies like Google and Facebook had feared the conference would result in heavier regulation stifling expansion and innovation. They welcomed the growing consensus that multiple voices should have a say in deciding the future of the Internet.

"The openness of the Internet has been the key to its growth and value," said Vint Cerf, one of its "fathers" and a vice president at Google. "Permissionless innovation is the mainspring of the Internet's economic power."