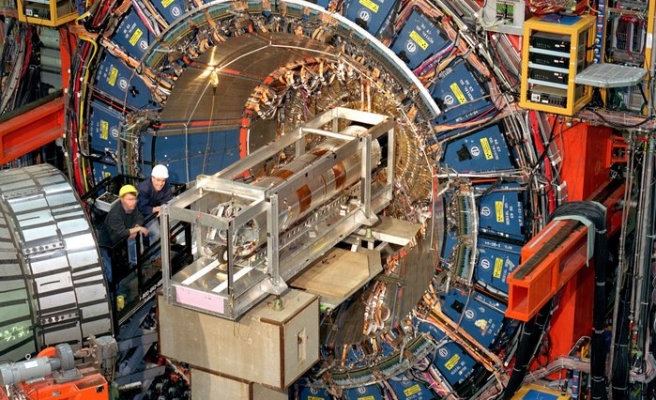 Scientists at the European Organization for Nuclear Research, known as CERN, announced Wednesday the discovery of two new subatomic particles never before seen.

"Nature was kind and gave us two particles for the price of one," said Matthew Charles of the National Research Center laboratory at Paris VI University in a written statement.

CERN coordinator Patrick Koppenburg said in a press release: "Such high-precision studies will help us to differentiate between Standard Model effects and anything new or unexpected in the future."

“If we want to find new physics beyond the Standard Model, we need first to have a sharp picture,” Koppenburg said.

The Large Hadron Collider, the particle smasher used for the discovery, is currently being prepared – after its first long shutdown – to operate at higher energies and with more intense beams. It is scheduled to restart by spring 2015, the press release said.