China to launch 'Heavenly Palace' on way to space station

The launch will be the latest show of China's growing prowess in space, and comes while budget restraints and shifting priorities have held back U.S. manned space launches. 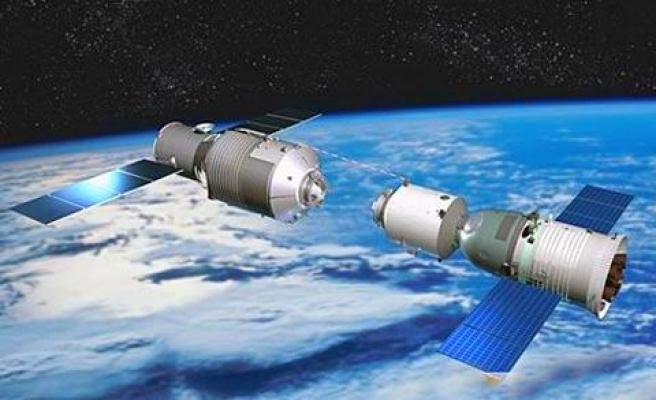 China will next week launch an experimental craft paving the way for a planned space station, an official said on Tuesday, bringing the growing Asian power closer to matching the United States and Russia with a long-term manned outpost in space.

The Tiangong 1, or "Heavenly Palace", will blast off from a site in the Gobi Desert some time between Sept. 27 and Sept. 30, giving a high-tech sheen to China's National Day celebrations on Oct. 1, the Xinhua news agency said.

The small unmanned craft and Long March rocket that will heave it skyward have been readied on a pad at the Jiuquan launch site in northwest Gansu province, Xinhua said, citing an unnamed spokesperson for the country's space programme.

The launch will be the latest show of China's growing prowess in space, and comes while budget restraints and shifting priorities have held back U.S. manned space launches.

The real test for Tiangong will come weeks after its launch, when the eight tonne craft attempts to join up with an unmanned Shenzhou spacecraft that China will launch later.

"The main task of the Tiangong 1 flight is to experiment in rendezvous and docking between spacecraft", said the Chinese spokesperson, who added that this would "accumulate experience for developing a space station."

China's government will hope to set a successful Tiangong mission alongside other trophies of its growing technological prowess, including the launch of a trial aircraft carrier. And the launch, just before China's National Day holiday, is sure to come accompanied by a blaze of proud publicity.

"The first issue of timing is political, and we all know what happens in October and why October is so important to China. I would say there's a lot of political pressure to make sure that its launched before the birthday party," said Morris Jones, a space analyst based in Sydney, speaking of the Tiangong's scheduled launch date.

"The real test of Tiangong doesn't come with its flight as a solo mission. The real objective of this mission will come later on when it tries to dock with another spacecraft," said Jones.

"Without rendezvous and docking, you really cannot run an advanced space programme. You're confined to launching small spacecraft that just operate by themselves," he said in a telephone interview.

A "test-bed" for bigger ambitions

Russia, the United States and other countries jointly operate the International Space Station. But the United States will not test a new rocket to boost people into space until 2017, and Russia has said manned missions are no longer a priority for its space programme, which has struggled with delays and glitches.

Russia said on Tuesday it has postponed the next manned mission to the International Space Station until Nov. 12, more than a month later than planned over safety worries after the crash of an unmanned cargo flight.

Beijing is, however, still far from catching up with the established space superpowers. The Tiangong launch is a trial step in Beijing's plans to establish a space station, an endeavour that will take many years to achieve.

"Tiangong-1 is, I think, primarily a technology test-bed," said Joan Johnson-Freese, an expert on China's space programme at the U.S. Naval War College on Rhode Island.

"The real story is that when they eventually get around to building a space station it will look nothing like Tiangong," said Jones, the Australian expert.

"It's a test of a spacecraft that will one day be used as a cargo carrying vessel to a larger space station," he said.

This week, NASA unveiled plans for a deep-space rocket to carry astronauts to the moon and Mars. President Barack Obama has called for a human expedition to an asteroid by 2025 and a journey to Mars in the 2030s.

China launched its second moon orbiter last year after it became only the third country to send its astronauts walking in space outside their orbiting craft in 2008.

China plans an unmanned moon landing and deployment of a moon rover in 2012, and the retrieval of lunar soil and stone samples around 2017. Scientists have talked about the possibility of sending a man to the moon after 2020.

China is also jostling with neighbours Japan and India for a bigger presence in space, but its plans have faced international wariness. Beijing says its aims are peaceful.

Fears of a space arms race with the United States and other powers mounted after China blew up one of its own weather satellites with a ground-based missile in January 2007.

"With most space technology dual-use -- of value to both civil and military communities -- anything done by China in space will have spillover to the military, much the same as NASA's technical advancements do in the U.S.," said Johnson-Freese, the expert from Rhode Island.

"Tiangong is not going to immediately or directly provide China any military capabilities," she said.