The freighter was loaded with more than 3,660 pounds (1,660 kg) of food, science equipment and supplies for the space station, a $100 billion research laboratory 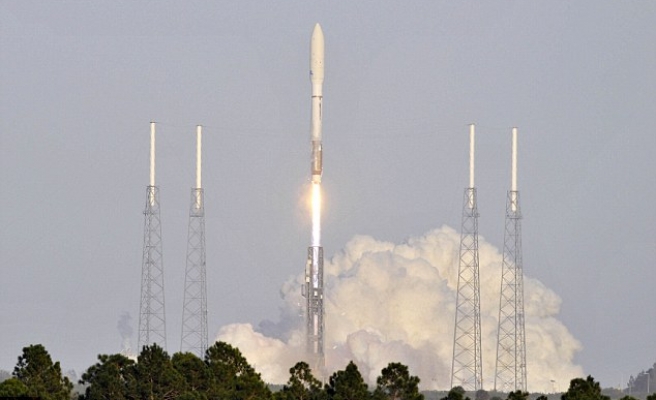 An Orbital Sciences Corp cargo ship reached the International Space Station on Wednesday with a delivery of food, supplies, science experiments and a fleet of tiny Earth-imaging satellites that will be launched from the orbital outpost.

"I think everyone is breathing again," NASA robotics officer Melanie Miller radioed to the crew from Mission Control in Houston.

The capsule, named SS Janice Voss in tribute to a five-time space shuttle astronaut who died of breast cancer in 2012, blasted off aboard an Orbital Sciences Antares rocket from Virginia on Sunday.

"We now have a seventh crewmember," Swanson radioed to Mission Control. "Welcome aboard the ISS, Janice."

Later on Wednesday, the capsule will be bolted to a docking port on the station's Harmony module so Swanson and his five crewmates can begin unpacking more than 3,600 pounds (1,660 kg) of food, equipment and supplies.

The cargo includes 28 shoebox-sized satellites for privately owned Planet Labs, which operates a constellation of Earth-imaging satellites. The satellites will be deployed this summer from a small satellite launcher set up in Japan's Kibo module.

"Our goal is to image the whole Earth every day ... and then put it online for people to get access to it," Robbie Schlinger, co-founder of the San Francisco-based company, told reporters during a prelaunch news conference.

To that end, Planet Labs, which already has flown 42 ultra-compact satellites, intends to operate a network of 100 spacecraft, which would allow it to collect images of the entire Earth every 24 hours.

"It's really about getting rich data, to make it actionable and accessible to people," Schlinger said.

Cygnus is to remain berthed at the station until mid-August. Once it is unpacked, it will be refilled with trash and other items no longer needed on the station and released to fly back into the atmosphere for incineration.