The slowdown in the rate of rising temperatures, from faster gains in the 1980s and 1990s, has puzzled scientists because heat-trapping greenhouse gas emissions 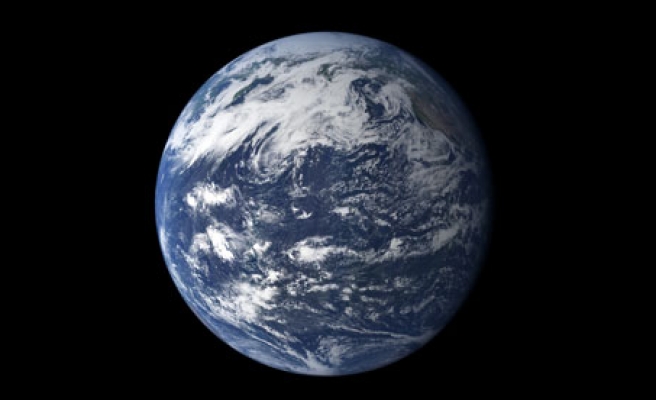 A natural cooling of the Pacific Ocean has contributed to slow global warming in the past decade but the pause is unlikely to last much longer, U.S. scientists said on Thursday.

The slowdown in the rate of rising temperatures, from faster gains in the 1980s and 1990s, has puzzled scientists because heat-trapping greenhouse gas emissions from factories, power plants and cars have hit record highs.

Understanding the slowdown is vital to project future warming and to agree curbs on emissions, linked by scientists to heatwaves, floods and rising seas. Almost 200 nations are due to agree a U.N. deal to slow climate change in Paris in December.

Examining temperatures of the Pacific and Atlantic Oceans back to 1850, which have natural swings in winds and currents that can last decades, the scientists said a cooler phase in the Pacific in recent years helped explain the warming hiatus.

Combined trends from the two oceans were seen to "produce a slowdown or 'false pause' in warming in the past decade", the three scientists wrote in the journal Science.

"It appears to be the Pacific that is the main driver" of the two oceans in masking warming, Michael Mann, a co-author and professor of meteorology at Pennsylvania State University, told Reuters. "The Atlantic is a minor player right now."

The study said the warming pause was unlikely to last. "Given the pattern of past historical variation, this trend will likely reverse" and add to man-made warming "in the coming decades", it said.

Even though the pace of rising temperatures has slowed, last year was the warmest since records began in the 19th century, according to the U.N. World Meteorological Organization.

In 2013, the U.N. panel of climate scientists said the pause in warming was due to factors including natural swings such as shifts in ocean heat, sun-dimming volcanic eruptions and a decline in solar output in an 11-year cycle.

"The slowdown in warming is probably a combination of several different factors," Mann said.

The U.N. panel says it is at least 95 percent probable that most warming since 1950 is man-made. But opinion polls show many voters suspect natural variations are to blame, making it hard to agree on solutions.