"It's highly unlikely it's going to strike a populated area, just from a statistical standpoint," Johnson said. 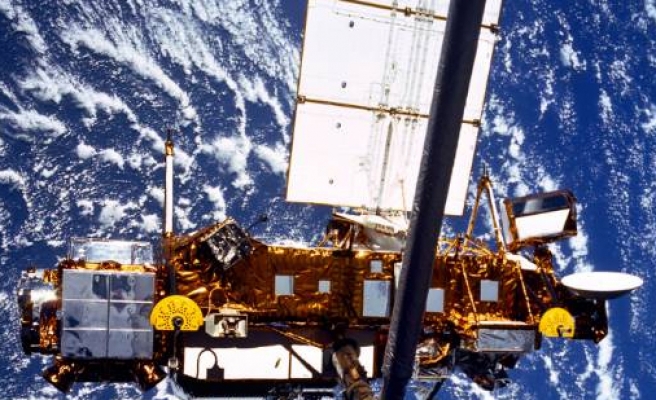 A defunct NASA science satellite dispatched by a space shuttle crew in 1991 will come crashing back to Earth this month, with debris most likely landing in an ocean or unpopulated region, officials said Friday.The Upper Atmosphere Research Satellite, or UARS, was turned off in 2005, becoming another piece of space junk loitering in Earth orbit. The 6.5-ton spacecraft is expected to re-enter Earth's atmosphere later this month, although exactly when and where is unknown.

"The atmosphere changes on a daily basis. It's impossible to say how that's going to impact this re-entry," Michael Duncan, deputy chief of space situational awareness at the U.S. Strategic Command, told reporters during a conference call.

Satellites and rocket bodies falling back to Earth are nothing new. Last year, about 400 small pieces of trackable debris returned to the atmosphere.

Spent rocket bodies re-enter at a rate of about one per week. Large spacecraft, like the 35-foot long, 15-foot diameter (10-6-metres long, 4.5-metres diameter) UARS, fall back to Earth about once a year.

Most of UARS will burn up in the atmosphere, but up to 26 individual pieces, with a combined mass of about 1,100 pounds (500 kg), will survive the fall, said Nicholas Johnson, chief scientist of NASA's Orbital Debris Program office at the Johnson Space Center in Houston.

The largest chunk, part of the spacecraft's structure, is expected to be about 331 pounds (150 kg), he added.

The debris most likely will land in an ocean or in an uninhabited region of Earth.

The satellite's orbit takes it over most of the planet, from as far north as northern Canada to the southern part of South America.

"It's highly unlikely it's going to strike a populated area, just from a statistical standpoint," Johnson said.

"Throughout the entire 54 years of the space age, there's been no report of anybody in the world being injured or severely impacted by any re-entering debris," he said.

The chance that even one person will be struck by a piece of UARS debris is one in 3,200, NASA says.

The satellite is so big, its plunge through the atmosphere will be visible -- if anyone is around to see it.

"This should be quite a nice show," Johnson said. "Odds are though, it's going to happen over an ocean, unlikely to be seen unless it's by an airliner. We've had reports like that before.

"We just will not know precisely where it's going to come down until it comes down."