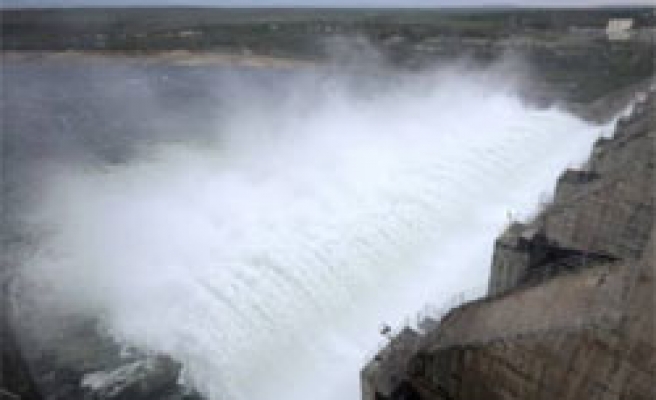 In a report by the International Water Management Institute (IWMI), experts said Africa and Asia were likely to be hardest hit by unpredictable rainfall, and urged policymakers and farmers to try to find ways of diversifying sources of water.

The IWMI research estimates that up to 499 million people in Africa and India could benefit from improved agricultural water management.

"Just as modern consumers diversify their financial holdings to reduce risk, smallholder farmers need a wide array of 'water accounts' to provide a buffer against climate change impacts," Matthew McCartney, a hydrologist at IWMI, said in a statement.

"That way, if one water source goes dry, they'll have others to fall back on."

The U.N. panel of climate experts has projected more extreme weather such as droughts, floods and heatwaves this century, caused by global warming.

The report said that, despite a great expansion in irrigation in recent decades in Asia, around 66 percent of agriculture there is still dependent on rainfall.

In sub-Saharan Africa, the proportion is even greater at 94 percent, it said. These are the regions where water storage infrastructure is least developed.

The report cautioned against over-reliance on single solutions such as big dams, and said an integrated approach combining large- and small-scale storage was a better strategy.

It suggested the use of water from natural wetlands, water stored in the soil, groundwater and water collected in ponds, tanks and reservoirs.

"For millions of people dependent on rain-fed agriculture, reliable access to water can make all the difference between chronic hunger and steady progress toward food security," McCartney added.

"Even small amounts of stored water, by enabling crops and livestock to survive dry periods, can produce large gains in agricultural productivity and in the wellbeing of rural people."

The IWMI is funded by the Consultative Group on International Agricultural Research (CGIAR), a partnership of governments, donors and international organisations.

It noted that, in response to increased demand for food and power supplies, many developing country governments with fast-growing economies have recently invested in large dams.

The benefits of these projects in terms of storing water for crop irrigation were clear, it said, "but so are the adverse social and environmental impacts".

As examples of the value of small-scale storage options, the study cited field studies that have proven the effectiveness of using small planting basins to "harvest" water.

In Zimbabwe, such basins have been shown to boost maize yields, whether rainfall is abundant or scarce. In Niger, they have led to three- or four-fold increases in millet yields.