Earth's moon shaped by impact with another: Study

The early moon was shadowed by a smaller companion satellite, about one-thirtieth of its own mass, as the two bodies circled the infant Earth in tandem more than 4 billion years ago. 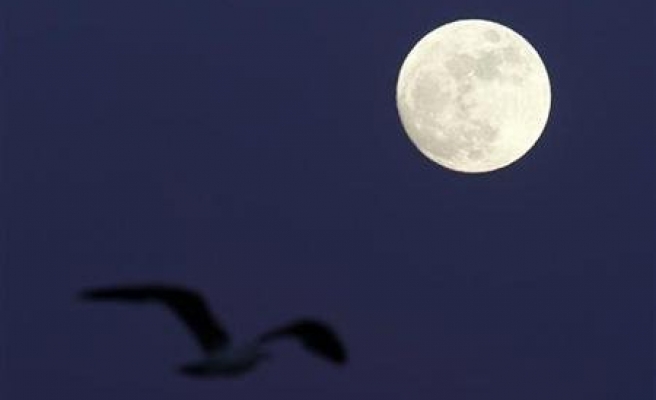 A primordial collision of two moons that once orbited Earth explains why the present-day moon is a bit lopsided and its far side much rockier than the lunar surface facing our planet, scientists said on Wednesday.

Research published in the journal Nature suggests the early moon was shadowed by a smaller companion satellite, about one-thirtieth of its own mass, as the two bodies circled the infant Earth in tandem more than 4 billion years ago.

After about 100 million years of cohabitation, the smaller moon finally crashed into the larger moon in an impact that unfolded over several hours and resulted in a merger of the two celestial bodies, Asphaug said.

The violent but slow-motion celestial union explains much about the striking difference between the mountainous far side of the moon and the smoother lunar surface of vast plains visible to Earth in the night sky, the scientists concluded.

Rather than form a giant crater, a low-velocity collision like the one theorized in the study would have piled material up into a thick, jagged layer of solid crust. In fact, the moon's crust is about 30 miles (50 kilometers) thicker on its far side than on its near side.

The lunar crash also accounts for an overall asymmetry of the moon -- bulging out more on its far side -- not easily explained by tidal forces exerted by the Earth.

Evidence of a collision exists further in variations in the composition of the moon's crust, the near side of which is far richer in potassium, rare-earth elements and phosphorus.

Those elements would have been concentrated in molten material still cooling beneath the moon's surface and splattered away to the opposite side by the force of the impact, Asphaug said.

The research builds on the widely accepted "giant impact" model for the origin of the moon. According to that theory, the moon was created from debris ejected by the last of a series of collisions between the primordial Earth and about 10 Mars-sized proto-planets during the early formation of the solar system.