Elderly drivers are no more likely to die on the road than those in their 20s, according to a UK study that looked at fatal road accidents over a 20-year period. 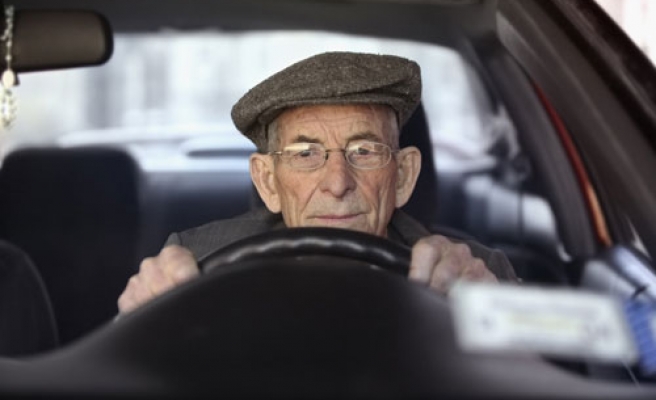 Elderly drivers are no more likely to die on the road than those in their 20s, according to a UK study that looked at fatal road accidents over a 20-year period.

There has been a shift in recent years in both the United Kingdom and the United States toward more demanding licensing renewal processes for older adults, who are often assumed to be more dangerous on the road than younger drivers due to reduced eyesight and cognitive abilities.

"The focus is usually on older drivers as a danger to themselves and other drivers," said Jonathan Rolison, who led the study at the University of Plymouth in the UK.

For the study, which appeared in the Journal of the American Geriatrics Society, Rolison and his colleagues reviewed UK police records on all fatal road accidents reported between 1989 and 2009.

They found that the risk of dying behind the wheel was similar for older adult drivers and young people every time they got in the car. Thirteen in 100 million driving trips ended in fatality among those under 29 years of age, compared to 14 in 100 million trips for people over 70.

The elderly still accounted for fewer driver deaths overall. In 2009, when 1,138 people died behind the wheel, one in 10 was over age 70, while younger drivers accounted for one in four of those deaths.

For both drivers and passengers, risks were highest at both ends of the age spectrum and dipped among middle-aged people.

Researchers also looked at figures for those struck and killed while walking - and found that the risk of being killed as a pedestrian was five times higher for older people than for the young.

Among older adults, 23 trips in every 100 million were fatal, and they accounted for 37 percent of all pedestrian deaths in 2009.

"Assessing whether older adults can drive is important, but the problem is it leads to policies which are becoming tighter and tighter and distracts us from older adults at risk as pedestrians," Rolison said.

"Older adults in a way are the ideal drivers, as they control their exposure to risk ... If it's a rainy day, the older adults will stay at home, whereas people in middle-age groups still have to go to work or drop kids off at school."

Other experts agreed that more attention should be given to keeping older people safe as passengers and pedestrians, rather than restricting them as drivers, and that with baby boomers aging, now is the time to focus on making pathways and transportation areas more safe.

"You shouldn't assume that your granddad should avoid getting behind the wheel because he won't necessarily be safer walking down the street," said Rolison. SOURCE: bit.ly/OanJJb