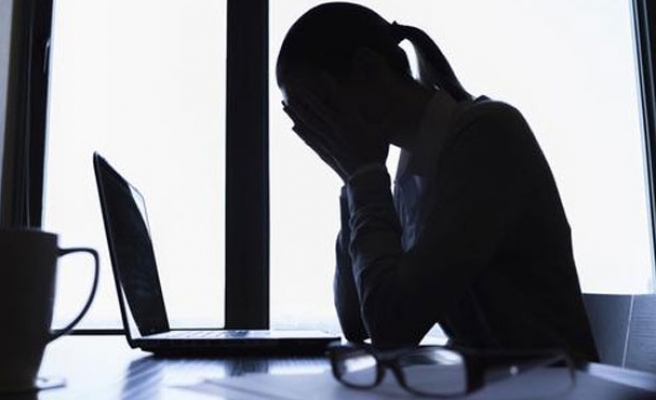 Globally, more than 350 million people suffer from depression, according to the World Health Organization.

At the same time, social network Facebook has a total population of 1.39 billion monthly active users as of December 2014.

Since social media became a phenomenon in the last decade, numerous studies have explored how sites like Facebook could affect the mental health of its users, with a group of Norwegian researchers even releasing a “Facebook Addiction Scale” in 2012 – using Facebook to forget about personal problems, they claimed, could mean one is partially addicted.

A recent survey added credibility to feelings many stalking social media at 2 a.m. have experienced – some Facebook use can lead to jealousy and dejection.

The study released this week by a team at the University of Missouri concluded that how we use social media could be a crucial factor. If clicking through Facebook inspires feelings of envy, the researchers believe, symptoms of depression could soon follow.

In the study, the team found “surveillance use” on Facebook could lead to negative effects. Surveillance use is defined as when a user browses social media to compare his or herself to friends.

Feeling jealous of friends who are taking expensive vacations, enjoying happy relationships and working in successful careers could trigger feelings of depression. Yet users who went on Facebook to simply stay connected with friends, and not compare themselves, did not suffer such feelings.

“Facebook can be a fun and healthy activity if users take advantage of the site to stay connected with family and old friends and to share interesting and important aspects of their lives,” said co-author Dr. Margaret Duffy, professor and chair of strategic communication at the MU School of Journalism.

Envy, Duffy believes, could be at the root of Facebook depression.

“If Facebook is used to see how well an acquaintance is doing financially or how happy an old friend is in his relationship – things that cause envy among users—use of the site can lead to feelings of depression,” Duffy added.

A study conducted last summer in Austria concluded that the longer users were on Facebook, the worse they felt.

However, Duffy’s research doesn’t reach the same general conclusion. The authors of the MU study, which was published in the February edition of the journal Computers in Human Behavior, found heavy Facebook use itself doesn’t necessarily lead to depression, but scrolling in envy could actually lead to a decrease in mood.

The researchers surveyed 736 college students with an average age of 19, and who used Facebook on average for about two hours daily.

A person’s goals for browsing Facebook could be very influential on how one will feel once he or she logs out. Reconnecting with an old high school friend won’t cause a user to feel glum afterward, obviously. But comparing one’s marriage with said friend might be disheartening.

In an interview with The Anadolu Agency, Duffy said people go on Facebook “for many different reasons – sometimes for surveillance, sometimes to interact.”

Fortunately, the team found that most of those surveyed weren’t gloomily bumping around social media, losing self-esteem with every status update.

Most users went on Facebook “to interact or did not surveil with the goal to compare themselves to others,” Duffy continued.

Awareness, the researchers believe, could be key in chasing away the Facebook blues. When logging in, users should remember that everyone on Facebook is presenting the best version of themselves.

“Users should be self-aware that positive self-presentation is an important motivation in using social media, so it is to be expected that many users would only post positive things about themselves,” noted co-author Edson Tandoc in a statement.

As Facebook overtakes more and more of the planet, researching how members of different cultures emotionally react to social media might be the next step.

“A subsequent study investigating [Facebook] use and … envy with subjects in different cultures would be very interesting,” Duffy said.

The study was conducted at a large U.S. Midwestern university.