European politicians have grown increasingly concerned about Google's and other American companies' command of the Internet industry, and have sought ways to curb their power 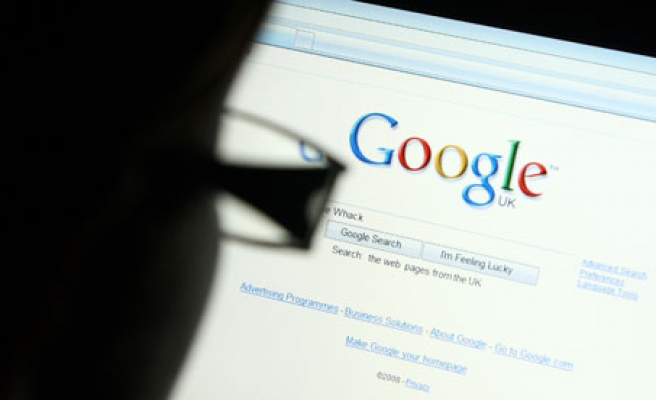 The European Parliament is preparing a non-binding resolution that proposes splitting Google Inc's search engine operations in Europe from the rest of its business as one possible option to rein in the Internet company's dominance in the search market.

European politicians have grown increasingly concerned about Google's and other American companies' command of the Internet industry, and have sought ways to curb their power. A public call for a break-up would be the most far-reaching action proposed and a significant threat to Google's business.

The draft motion does not mention Google or any specific search engine, though Google is by far the dominant provider of such services in Europe with an estimated 90 percent market share. Earlier on Friday, the Financial Times described a draft motion as calling for a break-up of Google.

The motion seen by Reuters "calls on the Commission to consider proposals with the aim of unbundling search engines from other commercial services as one potential long-term solution" to leveling the competitive playing field.

Parliament has no power to initiate legislation and lacks the authority to break up corporations, and while the draft motion is a non-binding resolution, it would step up the pressure on the European Commission to act against Google.

Google already faces stern criticism in Europe about everything from privacy to tax policies, and has been wrestling with a European court's ruling that requires it to remove links from search results that individuals find objectionable.

The company has grown so large as to inspire distrust in many corners, with a chorus of public criticism from politicians and business executives.

"It's a strong expression of the fact that things are going to change," said Gary Reback, a U.S. attorney who has filed complaints on behalf of companies against Google over fair search. "The parliament doesn't bind the commission for sure, but they have to listen."

RESOLUTION "VERY LIKELY" TO BE ADOPTED

Europe's new antitrust chief said she would take some time to decide on the next step of the four-year investigation into the Internet search leader, after her predecessor had scrapped a proposed settlement with the company.

European Competition Commissioner Margrethe Vestager, who took over from Joaquin Almunia on Nov. 1, said she would take a representative sample of views from parties involved in the case and check on the latest industry developments before taking any action.

Resentment, however, has been building in Europe for years.

Google has tried to counter that mistrust, which its executives believe is linked to European perceptions of the United States in general. But recent revelations about U.S. surveillance practices, including that Washington monitored German Chancellor Angela Merkel's phone, have ignited a strong backlash, particularly in Germany, where the historic experiences of Nazism and Communism have left people deeply suspicious of powerful institutions controlling personal data.

Andreas Schwab, the German Christian Democrat lawmaker who co-sponsored the resolution, told Reuters it was "very likely" it would be adopted as both his own centre-right group, the largest in parliament, and the main centre-left group supported it. Schwab proposed the resolution along with Spanish centrist Ramon Tremosa earlier this week.

In a statement on Wednesday, the two said Google had failed to propose adequate remedies during the antitrust investigation by the commission. Vestager has said she wants time to study the dossier after her predecessor decided against a settlement with Google that would have ended the case.

Google "continued thereby to suppress competition to the detriment of European consumers and businesses," Schwab and Tremosa said.

In a position paper, they cited a number of possible solutions to what they saw as Google's abusive dominant position in search engines and its ability to drive Internet traffic to favored sites. If these failed, then, they suggested, legislation should be tried.

"In case the proceedings against Google carry on without any satisfying decisions and the current anti-competitive behavior continues to exist, a regulation of the dominant online web search should be envisaged," they said.

Reflecting broad suspicion of Google, other parties in parliament may also support the non-binding resolution.

Jan Philipp Albrecht of the Greens said: "Search engines like Google should not be allowed to use their market power to push forward other commercial activities of the same company.

Officials at the European Commission could not be immediately reached for comment.

It was also not clear how U.S. regulators would respond. In a major victory for Google, U.S. regulators in 2013 ended an investigation into the Internet company and concluded that it had not manipulated Web search results to hurt rivals. It did get Google to agree to change some of its business practices, including halting the "scraping" of reviews and other data from rivals' websites for its own products.

Rivals such as Yelp Inc argue that the company is squeezing them out in Internet search results.

The review site, which has complained that Google ranks its own content higher than Yelp's, said on Friday that the Internet search service harms users by favoring its own products, for instance social network Google+, which also carries review content.