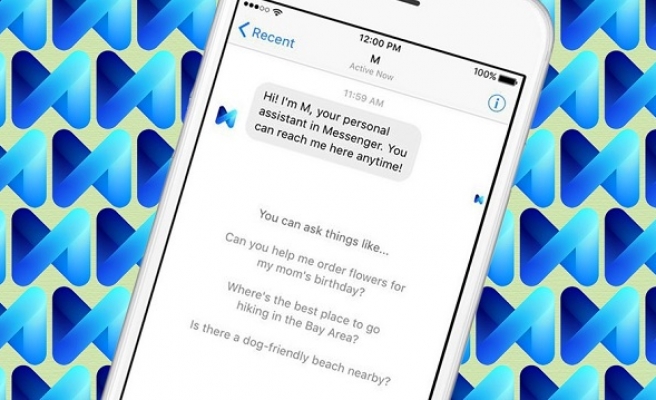 Facebook on Wednesday launched M, a new digital assistant powered by artificial intelligence similar to Apple’s Siri or Microsoft’s Cortana, except with the ability to accomplish specific tasks.

M is rolling out on Facebook’s Messenger app, another addition to the messaging service meant to make it a distinct platform apart from Facebook’s main app.

“M is a personal digital assistant inside of Messenger that completes tasks and finds information on your behalf,” noted David Marcus, vice president of messaging products at Facebook, in a Facebook post announcing the launch. “It's powered by artificial intelligence that's trained and supervised by people.”

M is entering a crowded space of digital assistants and faces entrenched competition from other tech giants including Apple, Google and Microsoft. However, if the service is successful at completing specific tasks, it would be a much more useful that similar assistants that are currently available.

“Unlike other AI-based services in the market, M can actually complete tasks on your behalf,” Marcus continued. “It can purchase items, get gifts delivered to your loved ones, book restaurants, travel arrangements, appointments and way more.”

Facebook’s launched M on the same day the Pew Research Center released a report regarding American views on smartphone etiquette that highlights a growing need for technology to accomplish certain tasks on its own.

The near-complete penetration of cell phones in the United States -- Pew found 92 percent of Americans own a cell phone of some kind -- has caused anxiety about how these phones should be used in public.

“Mobile devices play a complex role in modern social interactions -- many Americans view them as harmful and distracting to group dynamics, even as they can’t resist the temptation themselves,” note Pew’s Lee Rainie and Kathryn Zickuhr.

A fair amount of Americans use their smartphones for anti-social reasons. According to Pew, 16 percent of respondents said they turned to their phones when they were no longer interested their particular group’s discussion or activities.