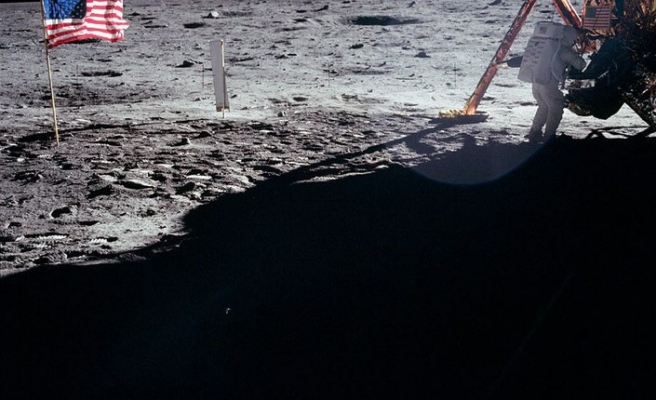 Former U.S. astronaut, Neil Armstrong, the first man to set foot on the moon, has died at the age of 82, his family said on Saturday.

As commander of the Apollo 11 mission, Armstrong became the first human to set foot on the moon on July 20, 1969. As he stepped on the dusty surface, Armstrong said: "“That's one small step for (a) man, one giant leap for mankind."

Those words endure as one of the best known quotes in the English language.

Neil Alden Armstrong was 38 years old at the time and even though he had fulfilled one of mankind's quests that had loomed for centuries and placed him at the pinnacle of human achievement, he did not revel in his accomplishment. He even seemed frustrated by the acclaim it brought.

"I guess we all like to be recognized not for one piece of fireworks but for the ledger of our daily work," Armstrong said in an interview on CBS's "60 Minutes" program in 2005.

He once was asked how he felt knowing his footprints would likely stay on the moon's surface for thousands of years. "I kind of hope that somebody goes up there one of these days and cleans them up," he said.

James Hansen, author of "First Man: The Life of Neil A. Armstrong," told CBS: "All of the attention that ... the public put on stepping down that ladder onto the surface itself, Neil never could really understand why there was so much focus on that."

The Apollo 11 moon mission turned out to be Armstrong's last space flight. The next year he was appointed to a desk job, being named NASA's deputy associate administrator for aeronautics in the office of advanced research and technology.

Armstrong's post-NASA life was a very private one. He took no major role in ceremonies marking the 25th anniversary of the moon landing. "He's a recluse's recluse," said Dave Garrett, a former NASA spokesman.

"Howard Hughes had nothing on him," he said, speaking of the reclusive aviator.

He left NASA a year after Apollo 11 to become a professor of engineering at the University of Cincinnati.

The former astronaut lived in the Cincinnati area with his wife, Carol.

"We are heartbroken to share the news that Neil Armstrong has passed away following complications resulting from cardiovascular procedures," the family said in a statement. "Neil was our loving husband, father, grandfather, brother and friend.