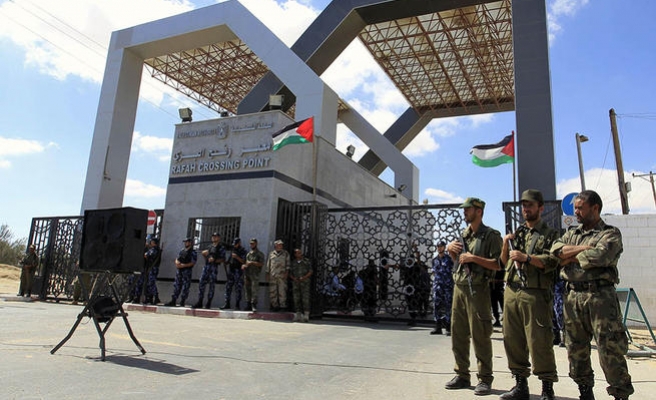 The doors at Gaza Sky Geeks open onto a buzzing communal workspace, teeming with young Palestinians bouncing ideas off of each other, hacking away at screens full of code or huddled into training rooms trying to pick up new skills.

The incubator for Gazan technology start-ups is a bubble away from Gaza's hardships, in a year when even scarcer access to electricity than usual has compounded the unemployment and mental health problems many of its youth have had to grapple with through a decade of near total blockade.

It gives them internet and electricity when the streets have gone dark outside and a way to make their ideas work around the blockade they have come of age under.

"In this space, I cannot be annoyed by the electricity or other things. This environment is great for us," says Nur al-Khodairy, whose application “Mummy Helper” connects Arab mothers to support on parenting.

Still, those and other obstacles remain, limiting just how much these young businesses -- which provide everything from clothing and games to advice for new mothers -- can achieve.

But the recent push to unite rival Palestinian factions Fatah and Hamas, the latter of which ruled Gaza since 2007, could release some of that strain if it delivers on the promise to open the border with Egypt, allowing key goods to enter Gaza and travel for the young entrepreneurs who want to go abroad.

Opinions are split on the Palestinian reconciliation process, which has failed in previous attempts, but al-Khodairy says she and others are putting more hope into a deal being completed this time.