Among some 21 percent of Americans who are not concerned about climate change, most believe natural reasons, not mankind, are to blame, the survey found. 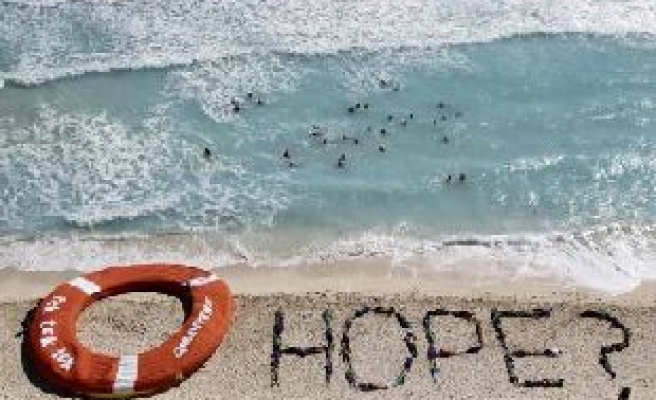 Global concern about climate change has risen only very slightly over the past two years, as consumers have focused on more immediate economic worries, according to an opinion poll published on Sunday.

Nielsen's latest global online environment and sustainability survey showed that 69 percent of 25,000 Internet users in 51 countries were concerned about climate change in 2011, slightly up from 66 percent in a similar poll in 2009, but down from 72 percent in 2007.

"Focus on immediate worries such as job security, local school quality and economic wellbeing have all diminished media attention for climate stories in the past two years," said Maxwell Boykoff, who was an adviser to the survey and is senior visiting research associate at the University of Oxford's Environmental Change Institute.

Hopes for a global climate treaty have faded over the past couple of years as successive United Nations meetings have failed to clinch a binding deal to cut greenhouse gas emissions, which are widely blamed for stoking global warming.

Instead of climate change, consumers are more concerned about issues which may have a more immediate impact on their daily lives, such as pesticide use, packaging waste and water shortages, the survey showed.

In China, the world's top greenhouse gas emitter, climate change concern has dropped to 64 percent from 77 percent in the last two years.

In the United States, the second biggest emitter and the only industrialised nation not signed up to the U.N.'s Kyoto Protocol for curbing emissions, the number of those concerned has fallen steadily to 48 percent, from 51 percent in 2009 and 62 percent in 2007.

The regions with the highest levels of concern were Latin America, the Middle East and Africa, and Asia-Pacific.

"With financial concerns still on the minds of many Americans, they're indicating less and less concern about climate change and other environmental issues," said Todd Hale, Nielsen's senior U.S. vice president of consumer and shopping insights.

Lower levels of anxiety in the United States, compared to other regions in the world, may also reflect the country's position as a large centre for carbon-heavy industry and power -- sectors which have lobbied hard against U.S. climate legislation, Boykoff told Reuters.

"There are (also) indications that gestures towards political correctness may be giving way to 'climate correctness'," he said.

"When it comes to the current Republican primaries this fall, and the general election next year, this climate correctness in candidates right-of-centre often means contesting the notion that humans contribute to climate change," he added.

Among some 21 percent of Americans who are not concerned about climate change, most believe natural reasons, not mankind, are to blame, the survey found.