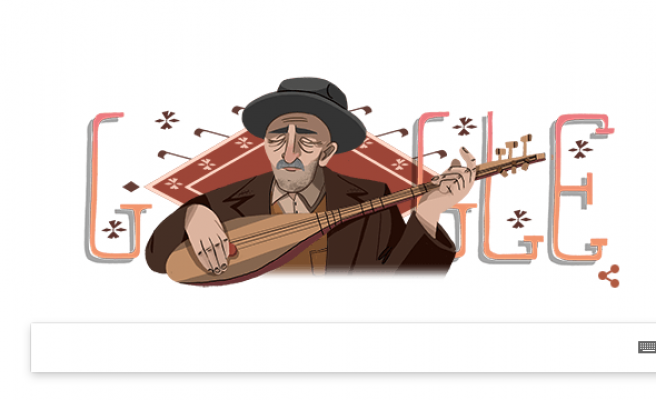 Google on Wednesday marked the 123rd birthday of one of Turkey’s most prominent early 20th century folk poets and singers.

The search engine’s Turkish home page showed a cartoon of Asik Veysel playing his signature baglama with Turkish carpet motives in the background.

He was blinded during childhood and was given a baglama, a long-necked stringed instrument, by his father and began learning to play and sing.

In the 1930s, he began attracting attention across Turkey after meeting poet Ahmet Kutsi Tecer at a folk poets’ night in Sivas and beginning to play around the country.

His music and poems, often tinged with both happiness and sadness, inspired a new generation of folk artists in Turkey.