The prototype kit that costs £1,000 and is being targeted at developers, rather than consumers, who must be over 18 years old. 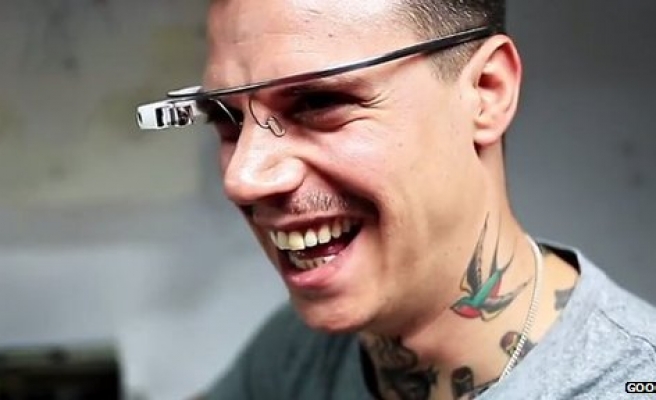 Google has released Glass in the UK, making it the second country to get the Android-powered eyewear after the US.

The prototype kit that costs £1,000 and is being targeted at developers, rather than consumers, who must be over 18 years old.

The kit features a transparent display that creates the illusion of a 25in (63.5cm) screen floating about 8ft (2.4m) in front of the wearer's right eye, which can be used to display information from apps.

The BBC has learned that the US firm held talks with the Department for Transport ahead of the launch.

The DfT had previously raised concerns that the wearable tech could prove a distraction to drivers.

A government spokesman revealed that the search firm was investigating ways to allow drivers to legally use Glass while on UK roads- possibly by restricting the information it displays mid-journey.

"Drivers must give their full attention to the road, which is why it has been illegal since the 1980s to view a screen whilst driving, unless that screen is displaying driving information," said the spokesman.

"There are no plans to change this and we have met with Google to discuss the implications of the current law for Google Glass.

"Google is anxious its products do not pose a road safety risk and is currently considering options to allow the technology to be used in accordance with the law."

A spokeswoman for Google confirmed the talks, adding that it urged buyers to use Glass safely.