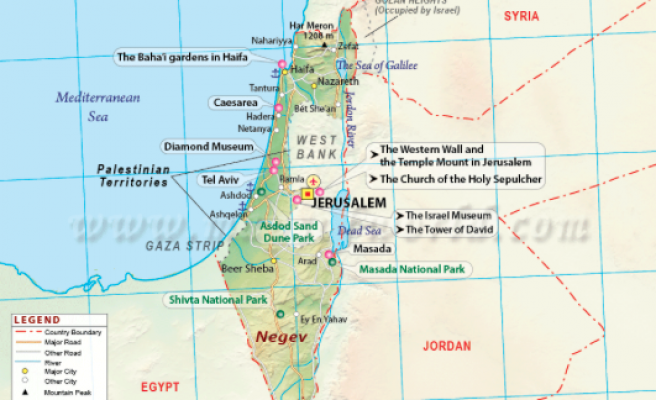 Social media users across the world were angered Thursday when it came to light that Google Maps lists Jerusalem as the capital of Israel.

On Wednesday, President Donald Trump announced the United States would recognize Jerusalem as Israel’s capital, a highly contentious decision that spurred intense criticism in the Middle East and elsewhere.

A day later, a search on Google Maps for “capital of Israel” resulted in a listing for Jerusalem. It was not clear if Google Maps changed this designation based on Trump’s pronouncement or if it had always listed it that way.

Google did not respond to a request for comment.

“Just because Trump has recognized Jerusalem as Israel’s capital does not mean we do or should,” petition creator Yazan Al-Asad wrote in a letter to Google.

“We cannot give in to Trump’s false and offensive rhetoric. I was shocked when I learned today that Jerusalem is Israel’s capital on Google. Let us tell Google that we reject any such recognitions.”

The company also received harsh criticism from some sectors of social media.

“Get your facts straight Google,” Salim Elewa said on Twitter. “That’s disgusting that you are supporting these awful acts of crimes against Palestinians.”

Jerusalem is one of the holiest sites for the world’s three largest religions - Judaism, Islam and Christianity.

Trump said the U.S. government would begin the process of moving its embassy from its current location in Tel Aviv to Jerusalem, a change that was lauded by the Israeli government.

On Thursday, Palestinian authorities called for a general strike and there were protests across the Gaza Strip and West Bank. Clashes between the protestors and the Israeli military left at least 30 Palestinians injured.