The bike - dubbed Project LiveWire - will travel down the US's Route 66 visiting more than 30 Harley-Davidson dealerships between now and the end of the year. 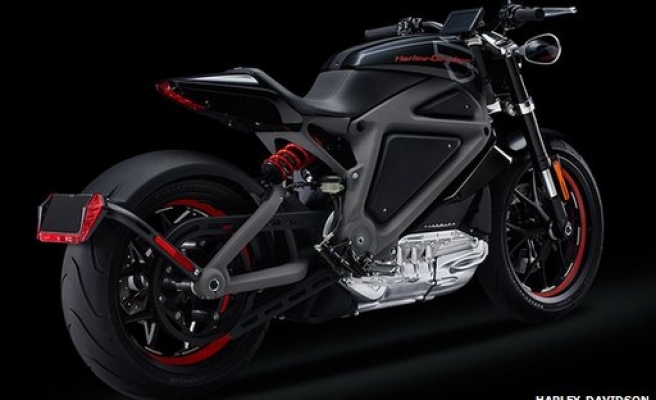 Instead of the bike going on general sale, the firm will select customers from the US to ride it and provide feedback.

The bike - dubbed Project LiveWire - will travel down the US's Route 66 visiting more than 30 Harley-Davidson dealerships between now and the end of the year.

Fans had a mixed reaction to the bike.

"It's an expression of individuality and iconic style that just happens to be electric. Project LiveWire is a bold statement for us as a company and a brand."

The bike can go up to a top speed of 92mph (148km/h) and can be droven 130 miles before it needs charging. Recharges will take between 30 minutes to an hour.

Dave Scott said: "It looks ok but I'd need a real engine in it."

While member Dazzlin asked how safe it would be: "For an electric bike it has a good look, but I can't help think a silent bike is a recipe for disaster on our ever increasingly busy roads".

Purpose-built electric bicycles are becoming hugely popular. According to Prof Peter Wells, co-director of the automotive industry research group at Cardiff Business School, 25 million are sold each year in China.

The market for an electric Harley will be more "niche" he said but it is unsurprising that the firm is jumping on the bandwagon.

"We are moving toward zero emissions cities and motorbike manufacturers, like car manufacturers have to go that way," he said.

"In an ideal world I expect that they want it to go faster and further than it will."