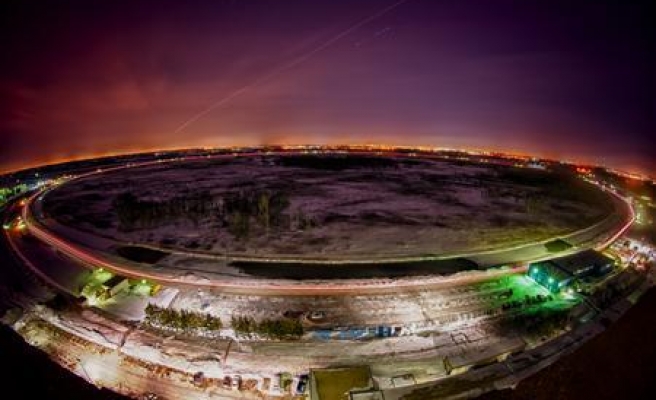 Peter Higgs and Francois Englert were awarded the Nobel Prize in Physics for their work in identifying and discovering the Higgs boson, the so-called "God particle" that could explain how the universe's elementary particles obtained their mass shortly after the Big Bang.

The Royal Swedish Academy of Sciences announced the winners at a press conference held this morning in Swedish capital Stockholm following a lengthy delay.

The two scientists would share a prize of 8 million Swedish Krona (about $1.2 million) that will be awarded at a ceremony in Stockholm in December.

In July 2012, researchers at CERN announced that they had identified a particle consistent with the Standard Model Higgs boson, after conducting a series of experiments at the Large Hadron Collider (LHC) in Geneva, Switzerland.

CERN has yet to confirm that the particle is indeed the Standard Model Higgs boson, though in March the organization said it is increasingly likely that it is a Higgs boson of some kind.

The discovery was hailed as one of the most important in physics.

First awarded in 1901, the Nobel Prize in Physics is one of five awards handed out each year, as established in the will of Swedish engineer Alfred Nobel, who died in 1895.

They also shared a monetary award of 8 million Swedish Krona, or about $1.2 million.

The medal of The Royal Swedish Academy of Sciences represents Nature in the form of a goddess resembling Isis, emerging from the clouds and holding in her arms a cornucopia. The veil which covers her cold and austere face is held up by the Genius of Science.

The winners of Nobel Prize in Physics since 2001:

2008: Makoto Kobayashi and Toshihide Maskawa (Japan) and Yoichiro Nambu (US)