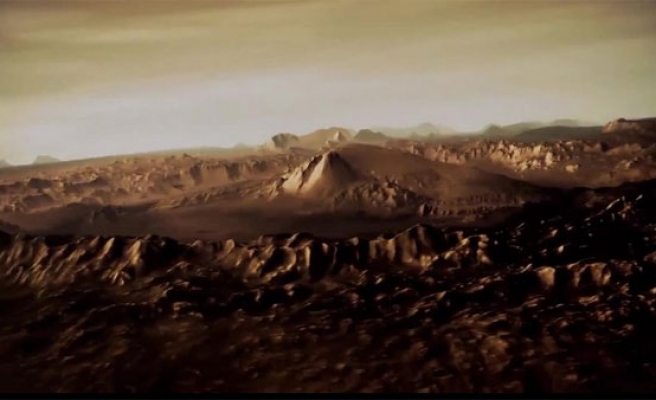 India's first mission to Mars will attempt to put a spacecraft in orbit around the red planet next week, in a crucial test of a low-cost project carrying the country's hopes to join the leaders of a global space race.

Launched last November, the Mars Orbiter Mission, called Mangalyaan, aims to study the planet's surface and mineral composition, and scan its atmosphere for methane, a chemical strongly tied to life on Earth.

If the spacecraft does manage to enter orbit around Mars on Sept. 24, India would become the first country to succeed on its first try. European, U.S. and Russian probes have managed to orbit or land on the planet, but only after several attempts.

"Confidence is high," V. Koteswara Rao, scientific secretary at the Indian Space Research Organisation (ISRO), told Reuters. "All the operations done so far are successful and all the parameters measured are normal."

ISRO has already uploaded commands to help the spacecraft automatically enter orbit on the morning of Sept. 24.

Two days before that, scientists will run a four-second test of a main engine that has been idle for about 300 days, and make a small course correction, Rao said.

However, experts say it will be challenging to get the trajectory right and cut the craft's speed from its current rate of 22 km (13.7 miles) per second to allow it to enter orbit. So also would be the task of receiving the faint signals it emits.

"It's like hitting a one-rupee coin about a hundred kilometres away, and that is tough," said Mayank N. Vahia, a scientist in the department of astronomy and astrophysics at the Tata Institute of Fundamental Research.

ISRO has prepared a contingency plan. If the main engine fails to restart, eight small fuel-powered thrusters will be used to put the spacecraft into orbit around Mars.

India launched its space programme five decades ago and developed its own rocket technology after Western powers imposed sanctions for a nuclear weapons test in 1974. In 2009, its Chandrayaan satellite found evidence of water on the moon.

Although facing strong competition from neighbour China, India aspires to be a low-cost supplier of space technology and grab a bigger slice of a more than $300-billion industry.

India has so far launched 40 foreign satellites, many of them for advanced nations.

Still, China has an edge, as it can put heavier satellites into orbit with its bigger launchers.

Modi aims to change that. In June, he hailed the Mars mission's low cost, saying it was less than the budget of the Hollywood space movie 'Gravity'.

"It increases the prestige and reliability of India as a spacefaring nation whose rockets and payloads are reliable enough for other countries to use," said Vahia.

India's Mangalyaan cost roughly a tenth of NASA's Mars mission Maven that will attempt to enter orbit around the planet three days earlier on Sept. 21.