Israel to be first to produce 'hover cars'

An elevated network of hover cars is to be built in Tel Aviv. 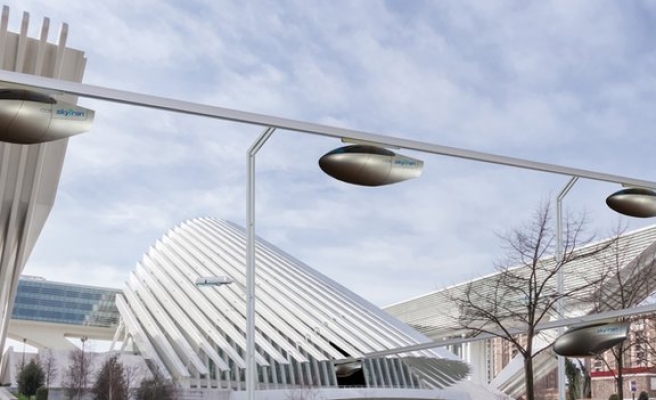 SkyTran is set to build a 500m loop on the campus of Israel Aerospace Industries (IAI) followed by a commercial network in Tel Aviv.

The firm promised that as an alternative transport method to congested roads, two-person vehicles will be suspended from elevated magnetic tracks.

The system should be up and running by the end of 2015.

The aim is to allow passengers to reach their destination where the vehicle will meet them at a specific station by making an order through their smartphones.

Although the commercial rollout is expected to offer much faster vehicles, the vehicles will achieve speeds of up to 70km/h (43mph).

A number of skyTran projects are planned globally, including in India and the US, but will depend upon the success of the Israeli pilot.

"It will get the market in the mood for autonomous vehicles - it is not too scary, is cheaper than building out a train line and uses part of the urban landscape, 20 feet above ground, that isn't currently used."