A trio of scientists receive the Nobel Prize for physics for creating a new generation of energy-efficient white lamps. 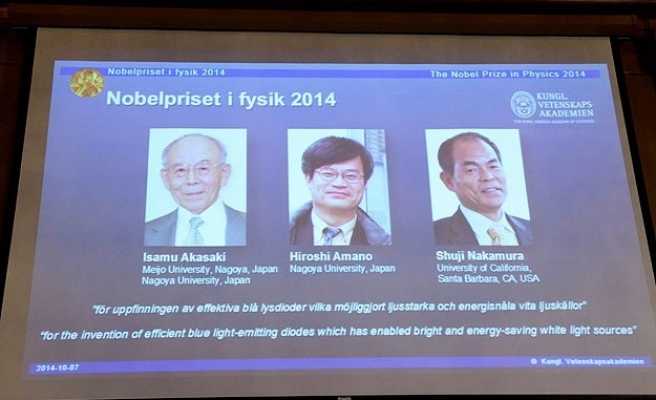 Three scientists who invented the blue light emitting diode, known as the LED, have been awarded the Nobel prize for physics, the Nobel Committee announced Tuesday.

Professors Isamu Akasaki, Hiroshi Amano and Shuji Nakamura made the first blue LEDs in the early 1990s, which paved the way for a new generation of energy-efficient white lamps.

Red and green LEDs had existed for a long time but without blue light, white lamps could not be created, the Nobel Committee said.

Akasaki and Amano, of Nagoya University in Japan, and Nakamura, of the University of California, will share the 8 million kronor ($1.1 million) prize money.

In a statement, the committee said: “The invention of the blue LED is just twenty years old but it has already contributed to create white light in an entirely new manner to the benefit of us all.”

Established in 1895 by Swedish inventor Alfred Nobel, the prize is a set of annual awards given by Swedish and Norwegian committees in recognition of cultural and scientific advances.