Six-year mission to asteroid deferred due to high winds 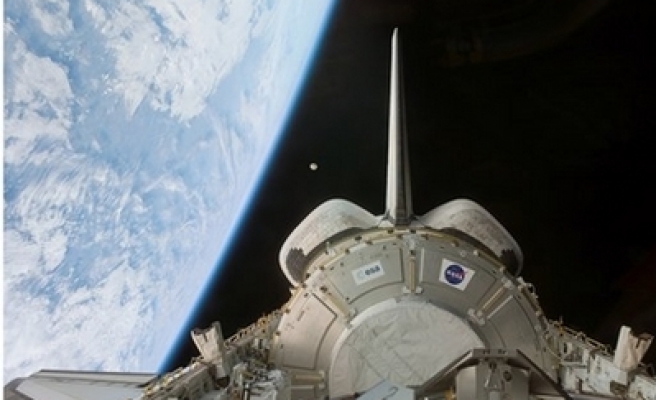 The launch of Japan’s Hayabusa 2 space probe was postponed for a second time Monday due to poor weather, further eating into the window of time available for launching the mission, local media reported.

The first launch from the Tanegashima Space Center in Kagoshima prefecture was postponed Sunday because of potential thunderstorms while high winds led to the cancellation of Monday’s launch, the Ashi Shimbun newspaper said. The launch is now scheduled for Wednesday.

Hayabusa 2’s mission is to collect samples from 1999 JU3, an asteroid about 900 meters in diameter orbiting between Earth and Mars. Because of the position of 1999 JU3 the best period for launching a mission ends on Dec. 9.

“We will put in all the efforts we have to launch the probe by Dec. 9,” a spokesman for the Japan Aerospace Exploration Agency said.

The probe is the successor of Hayabusa, which returned to Earth with samples from asteroid Itokawa in 2010.

Hayabusa 2 is set to conduct a six-year mission and return with samples in 2020. It is expected to arrive on 1999 JU3 in summer 2018 and spend a year surveying the surface of the asteroid before returning.

Unlike the European Space Agency’s recent Rosetta probe, the Hayabusa missions, which get their name from the Japanese for peregrine falcon, do not send images back from space so have not generated the same global interest as the European mission.

However, the Japanese spacecraft is capable of landing on a distant object and returning to Earth. The Hayabusa 1 mission was the first round-trip space mission since the Apollo moon landings.

Ultimately, both Hayabusa and other space missions are seeking the same answers on the origin of the solar system and the origin of life.

The discovery of amino acids would be the best outcome for scientists, many of whom believe life-giving acids may have travelled to Earth by ‘hitching rides’ on asteroids or comets. Asteroid 1999 JU3 is believed to be about 6 million years old, placing its birth at the beginning of the solar system.

To gather evidence, Japan’s space program aims to land Hayabusa 2 in a crater and recover samples from beneath the asteroid’s surface that may not have been altered by cosmic rays.

Japan has eschewed manned flights in favor of deep-space probes, not all of which have been successful. In 2009 Japan launched Akatsuki on a voyage to Venus to study its climate but it failed to enter the planet’s orbit.

Hayabusa 2 features a host of technologies unavailable to its predecessor, including an improved antenna and communications system, a redesigned engine and more backup equipment.